Why the Pisa Tower leans 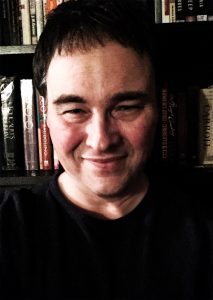 Trevor Newland’s Race to Pisa! (Mosaic $14.95) reveals the real reason why the world-famous Tower of Pisa leans a little to the left. It concerns the smallest king in history, Nasty King Nedward, who is jealous of his large royal tailor, Jolly Roger. The king’s nasty plan to get rid of this tailor includes a balloon race involving clueless Scallywags, blistering blunderbuss balls, flimsy parachutes, and Belarius, the notorious balloon master. It’s about nasty revenge plans gone awry as the Scallywags once again revise history and remind us that you don’t need to be very beautiful or extremely intelligent to make your mark in the world. You just need courage and the ability to make a parachute out of your trousers.

Race to Pisa is the second book in Newland’s Scallywag series; and simultaneously Mighty Melvin (Mosaic $14.95) is the first book in his new series about an obtuse mouse who thinks he’s pretty tough. Both titles are distributed by Fitzhenry and Whiteside. Everyone knows the world is divided into Biggies (who get whatever they want) and Smallies (who get whatever is left). Not content with his lot in life as a Smally, Melvin leaves Mouseville and sets out for the circus to find and conquer the Biggest of all Biggies. Armed with an outsized sense of confidence, he pushes past gorillas, lions and rhinos in his quest to prove he’s a Biggy.

A former songwriter who performed in Los Angeles, Toronto and Vancouver, Trevor Newland now teaches literature and creative writing at Langara College. As a young boy, he was influenced by Dr. Seuss’s Green Eggs and Ham and Alice through the Looking Glass by Lewis Carroll. As an adult, his graduate thesis focused on the writing of Cormac McCarthy and war atrocities during the war between America and Mexico in the mid-nineteenth century.

In 2014, he had the first of his picture books released in Canada and the U.S., The Scallywag Solution (Mosaic Press $15.95). The scallywags of the title are four misfits who must outsmart the bad guys known as Beards (Blackbeard, Greybeard, Redbeard, and their little sister Goldiebeard). The beards are pirates who eat scallywags. In addition to entertaining children, Newland aims to make history interesting for young readers. The third instalment of the series will provide some answers for why the famous Sphinx in Egypt has no nose.

One Response to “Why the Pisa Tower leans”