When telepathy is helpful 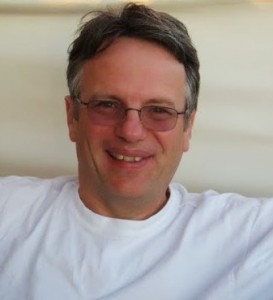 Combining biography, history and literary analysis, George M. Johnson’s Mourning and Mysticism in First World War Literature and Beyond: Grappling with Ghosts (Palgrave Macmillan 2015) examines how the loss of loved ones was endured and justified during World War One in Britain. He examines the influences in this regard of writers that include Sir Arthur Conan Doyle, Sir Oliver Lodge, J.M. Barrie, Rudyard Kipling, Virginia Woolf, Wilfred Owen and Aldous Huxley who all coped with personal losses and traumas with doses of mysticism “making these writers receptive to the possibility of communicating with spirits.” Johnson reveals how most of these writers were influenced by the work of Frederic Myers and other key psychical researchers. With avenues such as telepathy, clairvoyance and automatic writing, many people wanted to believe that personality could survive beyond death. Mourning and Mysticism suggests that such explorations were not necessarily delusionary in that they resulted in a therapeutic form of mourning that could be more effective for solace than state-sanctioned representations of mourning such as war memorials. Born in Hamilton, Ontario, George M. Johnson moved to Kamloops, B.C. in 1991, where he is Professor of English at Thompson Rivers University. He specializes in modern literature, particularly psychological approaches to it and the supernatural in it, as well as biography, playwriting and screenwriting. As a long-time Chair of the Global and Community Action Ctte at Kamloops United Church, Johnson is a social activist whose plays deal with some form of social justice. His screenplay “Peace Pledge” about Canon Dick Sheppard and the Peace Pledge Union in the 1930s was selected as one of 12 finalists for the Euroscript Screenplay Competition in the U.K.