Wagamese at the box office 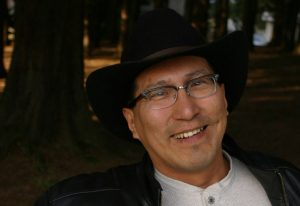 According to statistics compiled by Bookmanager from weekly stats obtained from 250 Canadian independent stores, the bestselling non-fiction title of 2017 was the late Richard Wagamese’s Embers: One Ojibway’s Meditations (Douglas & McIntyre), the most personal book from a self-described “spiritual bad-ass.”

In it the B.C.-based author describes finding lessons in both the mundane and sublime, drawing inspiration from working in the bush — sawing and cutting and stacking wood for winter as well as the smudge ceremony to bring him closer to the Creator.

“Life sometimes is hard,” he wrote. “There are challenges. There are difficulties. There is pain. As a younger man I sought to avoid them and only ever caused myself more of the same. These days I choose to face life head on–and I have become a comet. I arc across the sky of my life and the harder times are the friction that lets the worn and tired bits drop away. It’s a good way to travel; eventually I will wear away all resistance until all there is left of me is light. I can live towards that end.”

Meanwhile the feature film, Indian Horse, based on Wagamese’s award-winning novel of the same name, is slated to open in theatres across Canada on April 13, according to Elevation Pictures. Directed by Stephen Campanelli, it has already received favourable attention at film festivals in Vancouver, Calgary, Edmonton and Sudbury. The producers are Christine Haebler, Trish Dolman and Paula Devonshire

Recounting the journey to manhood of Saul Indian Horse who, as a northern Ojibway child from the Wabasseemoong First Nation was removed from his parents and placed in Catholic residential schools, Indian Horse, the movie, will result in a movie tie-in edition of the 2012 novel to be released simultaneously. “Making Indian Horse changed my life,” says Campenelli, “and hopefully it will change many others.”

Shot on location in Sudbury and Peterborough, Ontario, the movie stars newcomers Sladen Peltier and Ajuawak Kapashesit who, along with Forrest Goodluck (The Revenant), portray Saul Indian Horse, during three stages of his life. Also featuring Michiel Huisman and Michael Murphy, the production highlights newcomer Edna Manitouwabe, herself a residential school survivor herself, as Saul’s indomitable grandmother.

In late 1950s Ontario, Saul is denied the freedom to speak his language or embrace his heritage. While witnessing abuse, he finds temporary salvation in playing hockey. He makes it from a Northern Ontario native league to the pros, but he succumbs to painful memories that haunt him. The script is by esteemed Vancouver playwright and author Dennis Foon. One of the executive producers is Clint Eastwood.

Richard Wagamese was born in Minaki, Ontario, on October 14, 1955 and grew up in fifteen foster homes. According to Wikipedia, “He and his three siblings, abandoned by adults on a binge drinking trip in Kenora, left the bush camp when they had run out of food and sheltered at a railroad depot.” He was re-united with birth family members in his early twenties. As a self-described “second-generation survivor of the residential school system” that had adversely affected the lives of his parents and other family members, Wagamese partially overcame alcoholism and PTSD to attain national acclaim.