Emily Patterson, The Heroic Life of a Milltown Nurse provides a rare portrait of a female life on the West Coast of Canada during the 1800s. It recounts the laudable life of a woman who served as a midwife, nurse and doctor despite her lack of formal medical training. “The dining room table in the home of Emily Patterson was made to certain specifications in order to serve, protected by oil-treated canvas, as an impromptu operating table” – Ed.

The subject of Lisa Anne Smith’s Emily Patterson: The Heroic Life of a Milltown Nurse (Ronsdale, 2017, 312pp. $21.95) was born in 1836 in Bath, Lincoln County, Maine. At the age of ten she refused to leave the room as a midwife delivered her mother’s baby; instead she assisted at the birth, cutting the umbilical cord.  The experience left her with a life-long interest in medicine and a sure sense of her vocation.  She absorbed all the medical knowledge she could find and planned to attend the Geneva Medical College in New York to train as a nurse. 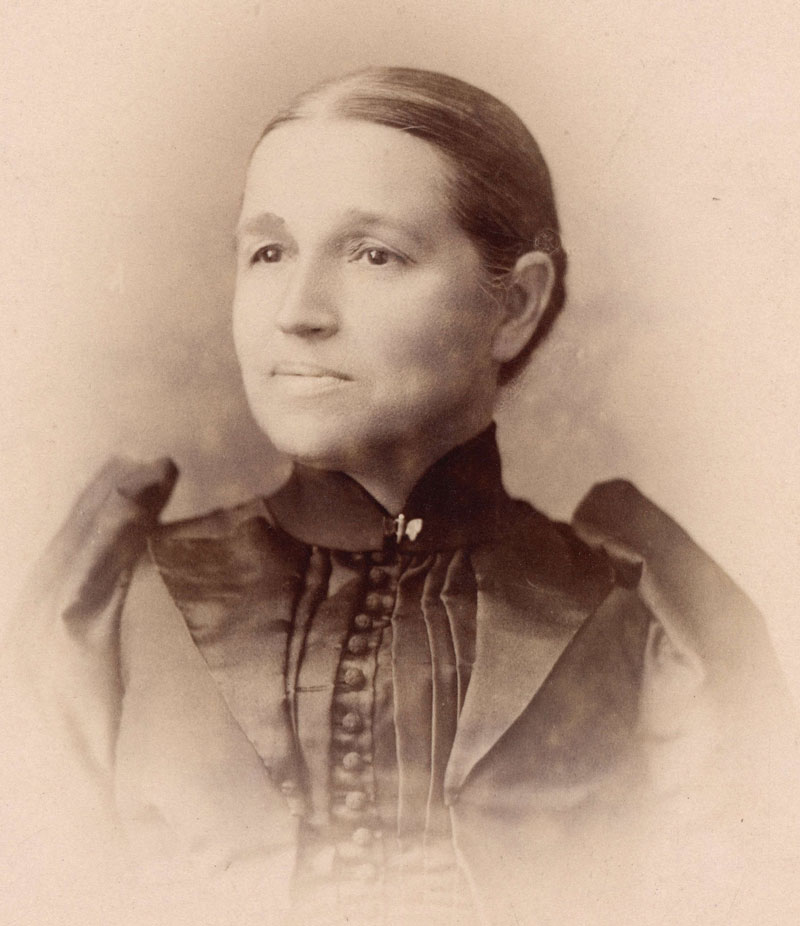 While marriage curtailed her plans for professional training, as it has done for many women, it did not end her career as a nurse.  Wherever she lived, she adapted her skills and expanded her expertise. When she accompanied her seafaring husband, Captain John Patterson, on his ship to China, she cured scurvy, staunched injuries, and even used chloroform to pull teeth. When her husband abandoned his career at sea for employment in the lumber industry, the change only expanded the scope of Emily’s work. Nor did a growing family stop her from providing nursing services wherever needed.  She eventually had seven children, five of whom survived to adulthood.

Having heard there was good harvestable timber in Washington territory, John Patterson decided to go west, and for the rest of their lives the couple lived in small, often isolated mill towns.  The first of these was Alberni on Vancouver Island.  Looking at the thickly forested mountainside John said, “You see that!  That’s what we’re here for. Nothing in the entire state of Maine ever compared.”

When the accessible stands of timber had been logged off, the family had to move.  They went south to Willamette Valley in Oregon, then to a small operation in Butteville and finally north again to British Columbia.  On arrival at the Burrard Inlet, they lived briefly at Hastings Mill before moving across the inlet to make a permanent home in Moodyville.

Emily was often the only person available in the area to provide the services of midwife, nurse, and doctor.  The dining room table in the Patterson home was made to certain specifications in order to serve, protected by oil-treated canvas, as an impromptu operating table.  Her reputation grew and even when a medical practice opened with a professionally trained physician, she was the healer of choice.  One person she was not able to help was Gassy Jack who believed a shot of whiskey would do the job as well as any dose of medicine.

A feat for which she became famous was her legendary journey by canoe through stormy seas to answer a plea from the keeper of the Port Atkinson lighthouse to help his sick wife. On the hundredth anniversary of her death a ballad, “The Heroine of Moodyville” was published. Inspired by such ballads as “The Inchcape Rock” and “The Wreck of the Hesperus” (but with a happier outcome) it ran to twenty-seven rhyming tercets and was published in Chatelaine magazine as well as the Vancouver General Nurses Annual.

Before she died, Emily asked her daughter to record her life for future generations. Alice honoured that request, working with Vancouver City Archivist, Major James Skitt Matthews to amass an impressive collection of material from local papers and interviews.  That archive is the basis for the present book.  Because there were few direct words from Emily—none of the letters and diaries that generally animate a biographical subject—Lisa Anne Smith decided to use “a smattering of creative licence.”  She combines the historical accuracy of a “life and times” biography with the narrative technique of a novel, inserting imagined conversations and dramatic scenes.

The historical backdrop encompasses the notable events of Emily’s time. These include a description of San Francisco in the aftermath of the gold rush, where the family arrived after a three-week journey on the Panama railway. Since two of her married daughters later settled in San Francisco, the 1906 earthquake and fire affected her personally and she raised funds for those less fortunate than her daughters. At the end of their lives, when the Pattersons moved from Moodyville to downtown Vancouver, the anti-Asian riots of 1907, fomented by the Asiatic Exclusion League, happened literally on their doorstep, with rioters breaking neighbourhood windows.

Smith’s passionate admiration for her subject gives the book a somewhat eulogistic tone with Emily depicted as the heroine of one incident after another.  Fortunately, the author’s inclusion of robust dialogue rescues the book from hagiography, as when Emily tells an unruly patient hurt in a tavern brawl, “You dare move and I’ll hit you over the head with a club.”

At the same time, too many wordy and jarring phrases that an editor should have caught creep into the prose from the archival sources.  People “reside” rather than live, babies are “welcomed into the world.” John Patterson before his marriage transported “Negro slaves” to New Orleans, and later “seemed to bear no disgruntlement to working under the command of a younger sibling.”

Nevertheless, Smith has shaped a vast amount of material, contextualized it with diligent research and produced an important addition to the annals of nursing. 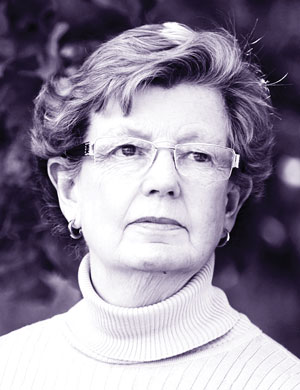 Joan Givner is a biographer and novelist based in Victoria. Givner has continually explored the overlapping connections between art and life, particularly in the realm of female artists–most notably Katherine Anne Porter and Mazo de la Roche. Although Joan Givner’s literary oevre can be described as feminist, that label is far too restrictive to be definitive. Her widely acclaimed biography of Katherine Anne Porter was cited by the New York Times as one of the outstanding books of 1982. Now a retired professor living in Victoria on Vancouver Island, Givner, formerly of Mill Bay, is unusual in that her writing has been equally divided between her own fiction and her academic non-fiction.