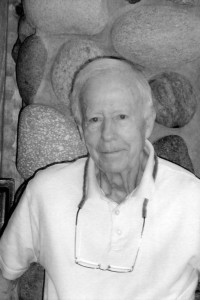 At age 85, former B.C. rancher Bill Street has published his first novel, The Tick Rider (2015), set in contemporary Mexico and Texas. The protagonist is a Texas cowboy who works for the the Texas Animal and Plant Health Inspection Service, along the Rio Grande near El Paso, as tick rider. (For decades, cowboys known as ‘tick riders’ have patrolled the U.S.-Mexico border to prevent cattle carrying ‘fever ticks’ from entering.) He falls in love with the daughter of a successful Mexican rancher whose land lies along the river. Their lives are complicated by drug smuggling when a cartel boss and his henchmen want to set up a new drug crossing plaza along the river in Coahuila. All the main characters are introduced on the same day in May of 2009, in various locations in Mexico and Texas. The story also includes two teenage boys who want to leave southern Mexico to seek their futures in America, a young pilot for the drug cartel, the father of the Tick Rider who is a Director of the DEA in Dallas, several older cowboy roommates of the hero, the family of the girl, and other individuals.

Street has also written a memoir about his first 34 years, which includes his time managing the Elkhorn ranch at Lake Windermere in the east Kootenay, from 1951 to 1962, and his first-ever job on a small farm near Briscoe, B.C. Most of his children were born in Invermere, B.C. William Street is also a former pilot and owner of a commercial mushroom growing and packing business. He lived part-time and traveled extensively in Mexico for twenty years. His novel provides a sympathetic portrayal of Mexicans seeking opportunity in America. He received a Bachelor’s at University of Washington and resides in Lakewood, Washington, where he volunteers at the Tacoma Art Museum. He and his wife Bobby also own a cabin at Bliss Landing, north of Powell River. 978-1-4917-5502-0