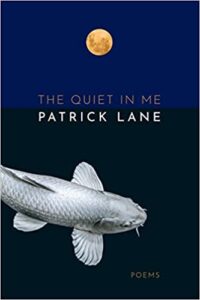 Coming three years after Patrick Lane’s death in 2019, The Quiet in Me: Poems (Harbour $18.95) is a collection of his previously unreleased poems, compiled, edited and introduced by his widow and fellow poet, Lorna Crozier.

Known early on for his writing about violence in the Canadian working classes, Lane’s later writing became more philosophical and compassionate. His posthumous collection is reflective of this life phase and reveals a man cultivating a quiet life—one lived amongst other creatures in the natural world, such as, according to publicity for the book, “the trout in the lake, geese arriving with the wind, a raccoon fishing in a river—ultimately revealing a tangled web of life and a speaker who sees both beauty and pain brimming around him.”

In a 2008 interview with Alan Twigg (see Patrick Lane’s author entry in ABCBookWorld.com), Lane described how his writing had changed over three decades and how he had changed too. Having become clean and sober after years of alcoholism and drug abuse, Lane said: “I’m living reasonably quietly and happily, which is what I think most of us try to do.”

Also from publicity: “Together, the poems in The Quiet in Me are a clear-eyed and sharp meditation on existing in a world pulsing between life and death, death and life. When the body is ‘a museum for what’s gone’ and a heart is ‘the sound of the wind seething,’ there is no answer but to learn the language of quiet; the language of an earth unfolding itself perpetually in the dawn: ‘the song of the falling water and wild birds.’” 978-1550179811

Patrick Lane, who was to become known as one of Canada’s leading poets, was born in the Kootenay mountain town of Sheep Creek, near Nelson, and grew up primarily in Vernon where he attended high school. While Lane had no further formal education, he and his older brother Richard (Red) Lane frequently read the classics – if for no other reason than to understand the wealthy classes. “My brother and I would read all these books, from Socrates on,” said Lane. “I remember reading Nietzsche when I was fifteen years old. And Thomas Mann. We made long lists. There was an intellectual system here and we wanted to figure it out. My brother and I read these things and then we’d compare notes. It wasn’t for personal enlightenment. We just wanted to know how the enemy thought.”

Years of unskilled labour such as fruit picking, driving truck and sales followed. Lane became a first aid technician because it paid an additional 15 cents per hour. He dreamed of making a living as a writer and eventually mailed three poems to Canadian Forum and they were all accepted. 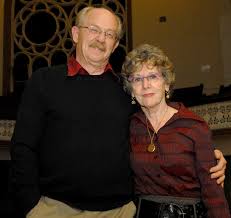 Lane kept at it, moving to Vancouver in 1965 where he met other poets. After two failed marriages, he met and married Lorna Crozier while he was writer-in-residence at the University of Manitoba. The couple eventually moved to Vancouver Island residing for many years in Saanichton where Lane grew a garden on half an acre of land. He also taught at the University of Victoria from 1991 – 2004. Towards the end of his life, Lane lived in the Greater Victoria area where he frequently led retreats and workshops for writers.

Patrick Lane earned many awards including the 1978 Governor General’s Award for poetry, several honorary doctorates from Vancouver Island University, UNBC, UBC, UVic and McGill, as well the B.C. Lieutenant Governor’s Award for Literary Excellence, the B.C. Book Prize for Non-Fiction and the Order of Canada. For his life work in poetry, in 2019 Lane was awarded the international Homer Prize, The European Medal of Poetry and Art.

Just before he died, Lane learned he had also  won the George Woodcock Lifetime Achievement Award. In his thank you note, he wrote: “It is nice to be associated with George [Woodcock]. He wrote a chapbook summary of my poetry back in mid-career and compared my verse to poets such as Yeats, which, God knows, was excessive in the extreme, but still nice to imagine it might echo some small qualities of such a master, a poet I admired when I was young and still do… Nice too to have the ceremony here in Victoria if it can be arranged. As you might know, I’ve been ill these past three years with an ongoing, undiagnosed inflammatory disease which has attacked my immune system, I am on prednisone among many other pernicious drugs. The meds leave me a bit challenged, but short of being in hospital I will be there… Thank you for this award. It is most kind.”