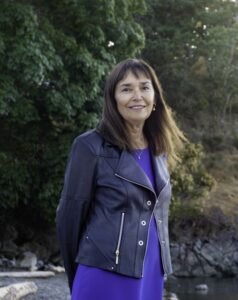 Aggie and Mudgy is based on the true story of the author’s biological mother and aunt and traces the long and frightening journey of two Kaska Dena sisters as they are taken from their community in Daylu (Lower Post) on the B.C.-Yukon border to Lejac Residential School on the shores of Fraser Lake in central BC.

The Jeanne Clarke Award is presented annually by the Prince George Public Library for outstanding contributions in the preservation and promotion of local history in the categories of Publication and Service.

Proverbs, who was born and raised in Prince George, said the win is an honour and a pleasant surprise. “Coming from the library board in my hometown makes [the award recognition] even more special,” she said. 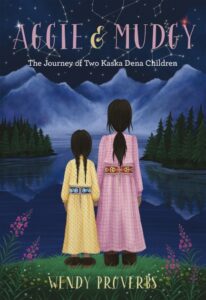 Wendy Proverbs holds a BA and MA in anthropology from the University of Victoria. As an infant she was caught in the sweeping scoop of Indigenous children taken from their birth families and was only reunited with biological family members as a young adult. She has acted as a community liaison with Indigenous communities and strives to help younger generations, both Indigenous and non-Indigenous, learn more about their past.

“Writing Aggie and Mudgy’s story has drawn me closer to my ancestral roots,” says Proverbs, noting the most difficult part was “trying to honour my birth mother and aunt. I want their voices heard in a valued and respected manner.”

Aggie and Mudgy: The Journey of Two Kaska Dena Children is published by Wandering Fox, an imprint of Heritage House Publishing. 9781772033755

North Vancouver’s Claudia Cornwall, author of British Columbia in Flames: Stories from a Blazing Summer (Harbour Publishing $26.95) was also in the running for the award.

British Columbia in Flames examines the fire season of 2017, “the likes of which British Columbia had never seen” before that time. Cornwall found herself “glued to the news about the fire.” Her worry was partly personal–her family has owned a summer place in Sheridan Lake for decades–but she was equally concerned about her neighbours and the communities of the Cariboo-Chilcotin and the many losses and hardships they were suffering. 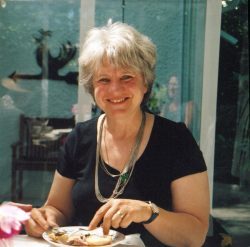 As the summer of 2017 wore on, Cornwall “came across wonderful stories about how people coped in trying circumstances. I thought we could learn lessons from them about the importance of community.” She started interviewing ranchers, Indigenous peoples, RCMP members, firefighters and other community members and collecting these anecdotes for her book. The result is a compelling memoir that is a tribute to the strength and resilience of the B.C. communities who showed how they could work together to face a terrifying force of nature.

The other finalists for the Jeanne Clarke Local History Award are: A Mountain of Change, 1960-2020: Hudson Bay Mountain, Smithers, BC by Lynn MacNeil, Jeannette Malkow, Connie Scott, and Debi Lyn Smith; Wagon Road North: The Saga of the Cariboo Gold Rush (Heritage House Publishing) by Art Downs; In My Own Moccasins: A Memoir of Resilience (NYU Press) by Helen Knott; and Murders on the Skeena: True Crime in the Old Canadian West, 1884-1914 (Caitlin Press) by Geoff Mynett.