The Hunter and the Wild Girl

Pauline Holdstock's new novel set in 19th century France recounts the meeting of a lonely taxidermist in a remote hunting lodge with a feral girl. 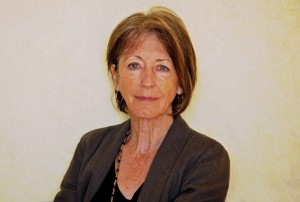 Pauline Holdstock now spends half her time in Languedoc, France.

It is another story in which Holdstock delves into dark and unfamiliar worlds.

Her first novel, The Blackbird’s Song, was set in the Chinese province of Honan during the Boxer Rebellion. Her second novel, The Burial Ground, explored the collision of cultures when smallpox was decimating the First Nations on the West Coast of B.C. In 2005, Beyond Measure won the Ethel Wilson Fiction Prize for exploring the twin themes of beauty and cruelty in 16th century Italy.

Holdstock’s seventh novel, The Hunter and the Wild Girl (Goose Lane $29.95) is set in a remote, lofty estate near the town of Gougeac in France, during the 19th Century. For thirteen years, Peyre Rouff has been the reclusive steward of Chateau d’Aveyrac, a crumbling old hunting lodge belonging to the de Villiers family. The countryside is still full of impenetrable forests and inhospitable wilderness, a place where wild creatures are plentiful. Rouff lives alone with his trusty old dog, tormented by an unspeakable tragedy—a hunting accident that cost him his family. The steward is anchored by three things: the nearby grave he attends, his ageing canine companion and his passion for taxidermy.

With his sought-after skills as a taxidermist, Rouff has created a veritable forest of Eden with a myriad of life-like birds and stuffed creatures in the orangerie (outbuildings on the grounds of wealthy estates).

Alongside his own dead and unpopulated world, he has created a glade and brought the dead into it, giving them a life he does not have and placing them in a beautiful world of his own creation, perhaps the closest he feels he can get to heaven.

Into this isolation creeps a hungry, wild child; a feral girl. Her innocence in anything but angelic and pretty. Naked, filthy, spitting, defecating, snarling and lapping water on all fours, this creature is no romantic symbol and yet she lifts her arms to the light; she knows joy.

The reader soon wonders: Does she heal him? Will he domesticate her? Is love going to germinate out of need? If the novel were only about Rouff and his taming of the wild girl, it would still be fascinating, but Holdstock isn’t interested in making a new, coarser version of My Fair Lady.

“The story is really his,” she says, “I’d been making notes for some time about known cases of feral children with a view to a possible novel. The idea only took fire after I had visited the Musee de La Chasse et de La Nature in Paris and began to work on an entirely different novel, one about a reclusive and damaged hunter. The girl has a very special place in it, but it’s not her story.”

Because this novel was not based on any historical figures and because it was set in Languedoc, where the author now spends about half of her time, Holdstock says the novel was relatively quick to write. By ‘relatively quick’ she means just under five years from the first notes she made.

“I work in a chaotic and ill-advised manner, beginning with an image or a flavour,” she says. “I start writing and do my research on an ad hoc basis as the need arises. Making discoveries keeps it exciting for me and that interest and excitement hopefully permeates the text and is passed on to the reader.”

While the plot mainly explores what it means to be human, Holdstock also touches upon political ambition, the attitudes of 19th century Parisians toward the rest of the country, the different ways in which guilt can be packaged and unwrapped, the germination of love in youth, the ways in which a marriage and a family can unravel and the ways in which life can spring anew.

“I can only look at such complex questions through the medium of fiction,” says Holdstock. “For me it’s the right tool to approach intangibles. What does it mean to be human? To be able to connect with one another? To empathize? To love? And is there a cost? What is it we might lose?”

I had to ask Holdstock if the feral girl was based upon the story of Victor of Aveyron (1788-1828), a French feral child who was found around age nine. He kept running away until a young physician worked with him for five years.

“The true story of Victor of Aveyron certainly contains elements a fiction writer can use to great effect,” says Holdstock. “His adoption and subsequent abandonment by the scientific community is one.

“I like to think the wild girl is all my own, but the fact is you can never truly create something from nothing. Everything is absorbed. She exists in the context of all known feral children (and perhaps those still to appear).

“What is more interesting to me is the continuing readiness of society as a whole to embrace the concept of a truly wild child. What does that readiness mean? A longing for lost innocence?”

In Pauline Holdstock’s unwavering grip, The Hunter and the Wild Girl is extremely readable, thought provoking and engaging. It’s for each individual reader to decide why the story resonates as unforgettable fiction.
9780864928627