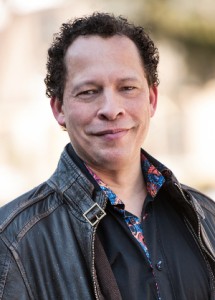 The full program for the Whistler Writers Festival will be released on August 10 at whistlerwritersfest.com. Tickets go on sale the same day. Along the lines of the Vancouver Writers Festival, the featured writers are from outside of B.C.

This year’s headline attraction from back east will be Lawrence Hill, bestselling author of The Book of Negroes, which won a multitude of awards including the Rogers Writers’ Trust Fiction Prize, the Commonwealth Writers’ Prize and CBC Radio’s Canada Reads. His new novel The Illegal will be released in September and tells the story of a young marathon runner who flees from a repressive government and is forced into hiding. Two years ago the big star from back east was a self-satisfied twerp who posed as a faux intellectual and everyone across the land lapped it up, not realizing that poseur Jian Ghomeshi didn’t even write his own editorials. Lawrence Hill, on the other hand, is the real deal. Hill will join CBC radio personality and author Grant Lawrence on stage at the Fairmont Chateau Whistler on Saturday, October 17 for an intimate conversation about his new novel The Illegal and the craft of writing. According to the festival’s press release, the 50 writers featured at this year’s festival include:

Novelist Nino Ricci whose book Lives of the Saints spent 75 weeks on the Globe and Mail’s bestseller list and who has received multiple awards (including two Governor General’s Awards) for his eight novels.

Children and young adult writer Eric Walters who has published over 90 novels and picture books, all of which have become bestsellers.

Journalist Amanda Lindhout of Canmore, Alberta, whose memoir A House in the Sky recounts her experience of being kidnapped by Islamist insurgents in southern Somalia. CBC broadcaster and author Linden MacIntyre who won the Scotiabank Giller Prize for his novel The Bishop’s Man.

Fiction writer Camilla Gibb who has authored five internationally acclaimed novels, including The Beauty of Humanity Movement. She is currently the June Callwood Professor in social justice at Victoria College, University of Toronto.

Australian novelist Steve Toltz whose comic novel A Fraction of the Whole was shortlisted for the Man Booker Prize.

Acclaimed novelist and short story writer Marina Endicott whose novel Good to a Fault was shortlisted for the Scotiabank Giller Prize. The festival will also once again host on evening with cookbook authors, with this year’s chefs being Emily Wight (Well Fed, Flat Broke), Susan Musgrave (A Taste of Haida Gwaii) and to add a twist to the event, the festival has added wine author James Nevison (Had a Glass).

Only Deverell, Wight, Musgrave and Nevison are from B.C.

“We’ve specially designed the festival to appeal to writers as well as readers and book clubs,” said Harvey. “We will have our usual sell-out workshops on the craft of writing, as well as new sessions like creating open conversations about books and the lives of writers especially geared to readers and book club members. We will also have a session for writers to pitch their book ideas directly to publishers, agents and editors.”

The full program for the Whistler Writers Festival will be released on August 10 at whistlerwritersfest.com. Tickets go on sale the same day.