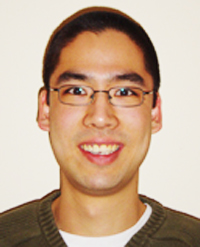 Richard Hoshino teaches mathematics at Quest University Canada in Squamish. Prior to his arrival at Quest in 2013, Richard was a researcher at the National Institute of Informatics in Tokyo, and was the first mathematician hired in the history of the Canada Border Services Agency. He completed his Ph.D. at Dalhousie University in Halifax, Nova Scotia. Richard Hoshino has published over twenty-five research papers across numerous fields, including graph theory, marine container risk-scoring, biometric identification, and sports tournament scheduling. He has consulted for a billion-dollar professional baseball league, as well as three Canadian TV game shows (Qubit, Splatalot, Spin-Off), and presented papers at the world’s most prestigious Artificial Intelligence conference four years in a row. In January 2015, Richard published his first novel, The Math Olympian, with Friesen Press, the story of an insecure small-town teenager who commits herself to pursuing the crazy and unrealistic goal of representing her country at the International Mathematical Olympiad, and thanks to the support of innovative mentors, combined with her own relentless perseverance, discovers meaning, purpose, and joy. “Mathematics has changed my life,” he says. “It has brought me opportunities and privileges beyond my wildest dreams, and through my journey of studying this subject, I have found a deep clarity of purpose, discovering the arena in which I can serve society and live life to the full.”