The dim light of redemption

In the fictional realm of Billie Livingston, dysfunction is ground zero. 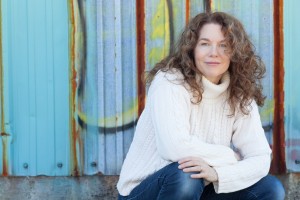 At emotional rock bottom, the only options for Maggie and Ben in Livingston’s new novel are death or the long, painful climb toward the light—far off as it may appear.

In the world of Facebook, everybody’s lives appear shiny and perfect: happy couples vacation in exotic locales; jubilant families revel in wholesome activities; freshly-baked cookies are pulled from the oven.

In contrast, Billie Livingston‘s characters are riddled with flaws and anxieties, but their authenticity is appealing; so much so it’s hard not to like them.

In 2011, Livingston won the Danuta Gleed Award for short fiction for Greedy Little Eyes. Her 2012 novel, One Good Hustle, was nominated for the Giller Prize. The 2014 movie Sitting on the Edge of Marlene was based on Livingston’s novella about an intimate and volatile mother-and-daughter tandem, ‘The Trouble with Marlene.’

Her sixth book, The Crooked Heart of Mercy (Random House, $29.95), promises to be her break-out title in the U.S.

In The Crooked Heart of Mercy we follow the struggles of an estranged couple, Maggie and Ben, who come from childhoods not fit for cheery status updates. Theirs is a psychological journey out of the black hole of self-punishment towards healing. Maggie’s parents died in a car accident, leaving her to be raised by her elder brother whose homosexuality doesn’t jibe with his tumultuous career as a Catholic priest.

Ben’s mom fled his abusive, alcoholic father, leaving him to raise his younger brother who grows up to find himself owing a large sum of money to a drug dealer.

Maggie and Ben embark on the journey of starting their own family, only to suffer an even worse trauma: their first and only child falls to its death from a third-story window. Crushed by guilt, they are unable to forgive themselves, love each-other or hold down steady jobs.

“After Frankie died,” explains Maggie, “I began to feel as though anyone I met must know at once that I was the most contemptible bit of filth he would ever lay eyes on. I felt as if I should be driven into the wilderness.”

Maggie removes her apartment mirrors to avoid her reflection and any soul-searching that might come with it. She is reminded of her son’s death at every elevator ride; even ascending makes her stomach lurch.

Ben puts a gun to his head and pulls the trigger during a drug-induced hallucination, only to find himself in a white room, evading a psychiatrist’s probing questions. His dialogue is not denoted by quotation marks, so the reader must deduce which words are spoken aloud.

Maggie tries a job caring for the elderly, but breaks down in tears reading a children’s book – the subject matter hitting too close to home. She eventually manages a return to the workforce, providing driving services and companionship to a spirited and un-politically correct senior named Lucy, who brings a welcome element of levity to the novel. Lucy recounts a promise to her deceased husband to keep him off life support, telling the paramedics not to bother resuscitating him upon arrival. “Don’t bother with that,” she says. “He’s dead. I didn’t call you till I knew he was dead.”

As Livingston’s characters struggle to emerge from the sticky clutches of guilt, the story does not follow a Hollywood-style plot, in which characters strive to achieve tangible or clearly defined goals. Maggie seeks faith to heal her psychological wounds, experimenting with Episcopalian, Baptist, Methodist and Pentecostal churches. Not even visits to synagogues or Buddhist temples bring relief, until Maggie accompanies Lucy to The United Church of Spiritualism, where she experiences a positive connection to the memory of her son: “Recalling the sense of him is like rolling in warm cotton.”

Maggie’s spiritual flirtations are cut short when she figures out that a subsequent session with a psychic is rigged. There is no clear path to redemption. Ben’s unforgiving dislike of his abusive father comes across as entirely reasonable, but his psyche remains dark. He calls one of Maggie’s past clients, telling the senior on the other end of the line that sedatives she gave to Maggie as a ‘tip’ caused their child’s death.

Maggie’s priest-brother Francis is plagued by binge-drinking tendencies and a rocky relationship with the church, not to mention a penchant for one-night-stands with men. Following a night of debauchery, Francis finds himself the unwelcome subject of an internet video called ‘Drunk Priest Propositions Cop’ that goes viral. Yet Francis will play a key role in cracking Ben’s shell of guilt-induced purgatory.

The reader sticks with them, wondering whether or not Maggie and Ben will be able to successfully unite and regain tenderness. There’s also a sub-plot involving stolen veterinarian pharmaceuticals.

Livingston’s knack for dialogue makes every encounter believable. Her prose is consistently un-flashy, then suddenly she’ll describe Maggie’s eyes as “Acid eyes, kaleidoscope eyes that tripped and burned and saw it all.”

According to ABCBookWorld, Livingston has worked as a file clerk, receptionist, cocktail waitress, model, actor, chocolate sampler and booth-host at a plumber’s convention. She has sold diamonds, done PR for a beer company, and dressed up as both Garfield for a kitty litter company and ‘Bingo the Banana Split’ for a Teletoons promotion.

As the daughter of an alcoholic mother, Billie Livingston, as a writer, seems to accept that people don’t need to be perfect to be good—a fact that underpins her disturbing but deeply compassionate fiction. She has called Vancouver home since 1965.

Other authors who will participate in the sixth annual Galiano Island Literary Festival from February 19-21st are: