Nelson had already strangled more than twenty women in the United States when he escaped from a California mental institution and hitchhiked into Winnipeg where he would murder two Canadian women. He was eventually tracked down by Canadian law officials, charged, tried, convicted and hung in Manitoba on January 13, 1928.

Publicity for the book states, “it’s the first reliable biography of Nelson.” Esau digs up unpublished material to show the political and legal issues that arose in Nelson’s pretrial, trail and post-trial periods; the clash between Nelson’s court-appointed defence attorney James Stitt, and psychiatrist Dr. Alvin Mathers; and the role of Canada’s notorious hangman, Arthur Ellis. Esau also raises ongoing issues about the social construction of serial killers, debates about capital punishment, psychopathy, the scope of the insanity defence, the effect of pretrial publicity and the trial as public entertainment.

Esau, a resident of Victoria for the last twenty years, is a graduate of Regent College, the University of Alberta, and Harvard Law School. He was a professor at University of Manitoba’s Faculty of Law for more than three decades. Esau also held roles such as head of the University of Manitoba Legal Research Institute, Director of Graduate Legal Studies, Bencher of the Law Society of Manitoba, and Chancellor of the Diocese of Keewatin. His book, The Courts and the Colonies: The Litigation of Hutterite Church Disputes (UBC Press, 2004) was awarded the Margaret McWilliams Prize for best scholarly book on Manitoba history.
9781039146297 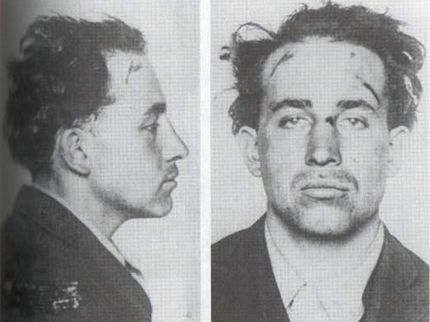 Mug shot of Earle Nelson aka “The Gorilla Man.”