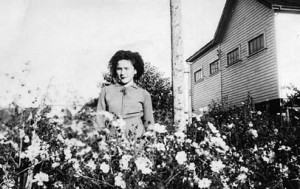 3 Responses to “Matriarch Elsie Paul tells it like it was”