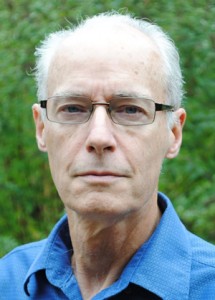 To commemorate the centenary of Canada’s First World War, former submariner and author Robert W. Mackay will talk about our 100-year submarine history and read from his novel Terror on the Alert, (TouchWood Editions 2014) at two Vancouver Public Library locations:

Born on May 2, 1942, Robert Mackay of Surrey, B.C. attended UBC and graduated in 1963. He served with the Royal Canadian Navy and the British Navy, in destroyers and submarines, until 1969. He returned to UBC to study law and practiced law until 2008. His historical novel Soldier of the Horse (TouchWood $19.95) is a World War I tale inspired by his father’s true story and letters about fighting in Picardy, France. At the time of its publication, MacKay was serving as president of the Vancouver branch of the Canadian Authors Association.

Terror on the Alert (TouchWood Editions $14.95) takes place during the Cuban Missile Crisis. Pulling from his experience as a naval officer and submariner, MacKay weaves a cold war military thriller of a vessel hit by an enemy torpedo 200 miles off the coast of Gibraltar.