Lessons from the hive 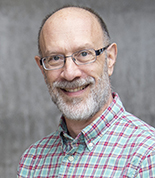 Many have expressed grave concern over the collapse of honeybee colonies worldwide; few want to take responsibility for this calamity. Now a new book by Simon Fraser University professor Mark L. Winston, Bee Time: Lessons from the Hive (Harvard University Press 2014), provides timely insight into the human impact on honeybee populations and our complex relationships with them.

Winston has spent three decades as a bee biologist. He knows firsthand the full-body experience of being among bees – from the buzzing of thousands of insects to the sweet aromas of honey and beeswax, to the lazy summer visions of bees zipping between flowers and hive. Apiarists have the pleasure of working with creatures that represent one of the pinnacles of animal sociality.

Humans could learn a thing or two from these creatures that submerge individual needs for the health and well-being of the colony. Winston explains how bees process information, structure work, and communicate. He examines how corporate boardrooms are using bee societies as a model to improve collaboration and investigates how bees have altered our understanding of agricultural ecosystems and how urban planners are looking to bees to design more nature-friendly cities.

Winston also examines links between the toxic interaction of pesticides and bee disease. His book paints a concerning picture of human’s tenuous affiliation with nature and foreshadows similar effects of pesticides on human health.

Mark Winston has had a long career researching, teaching, writing and commenting on bees and agriculture, environmental issues, and science policy. Winston’s work has appeared in numerous books, commentary columns for the Vancouver Sun, The New York Times, The Sciences, Orion magazine, and frequently on CBC radio and television and National Public Radio.

His research, communication, and dialogue achievements have been recognized by many awards, including the Manning Award for Innovation, Sterling Prize in Support of Controversy, British Columbia Gold Medal in Science and Engineering, Academic of the Year, Eve Savory Award for Science Communication, Michael Smith Award for Science Promotion, a prestigious Killam Fellowship from the Canada Council, and election as a Fellow in the Royal Society of Canada. Dr. Winston is a Professor of Biological Sciences at Simon Fraser University and was the Founding Director of the Semester in Dialogue (2002-2014) and the Centre for Dialogue (2006-2014).