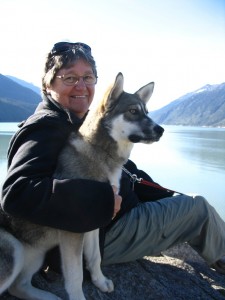 Eleanor Millard of Carcross left home at age 14, gained two Masters degrees, worked as a social worker and was elected to the Legislative Assembly for the Yukon Territory where she became Minister of Education at the end of a four-year term. Her third book is a self-published novel, Summer Snow, based on her experiences with adopting a First Nation child who is affected with Fetal Alcohol Spectrum Disorder, brain damage due to the mother’s drinking while pregnant. It explores the main character’s gradual understanding of the condition which is painful and challenging, but also joyful as her daughter’s disabilities and abilities are revealed. The novel is set in Northern Canada and in the ambiguity of cross-cultural relations. Her 19 interwoven stories in her first story collection, River Child (Caitlin, 2002), are set in Dawson City. A protagonist named Selena MacLean struggles against sexual abuse and tries to find her way between two distinct cultures of the Yukon: Indian and White. In 2007, Millard published Journeys Outside and In, a collection of memoirs. Each chapter is a self contained short-story, discussing subjects ranging from Millard’s travels to Cuba, her time spent as a social worker, and her appointment as Minister of Education.  River Child (Caitlin, 2002) 0-929576-94-X / Journeys Outside and In (Self-published, 2007) 0-9782817-0-5 / Summer Snow (self-published, 2013) Snow 978-0-9782817-2-4