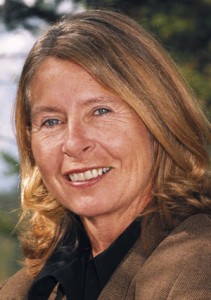 The French language edition of Freedom Climbers by Bernadette McDonald and originally published by Rocky Mountain Books has been awarded the Grand Prize at the 2014 Salon du Livre de Montagne de Passy, the highest honour for a work of mountain literature in France.

Freedom Climbers tells the story of a group of extraordinary Polish adventurers who emerged from under the blanket of oppression following the Second World War to become the world’s leading Himalayan climbers. Although they lived in a dreary, war-ravaged landscape, with seemingly no hope of creating a meaningful life, these curious, motivated and skilled mountaineers created their own free-market economy under the very noses of their Communist bosses and climbed their way to liberation. At a time when Polish citizens were locked behind the Iron Curtain, these intrepid explorers found a way to travel the world in search of extreme adventure—to Alaska, South America and Europe, but mostly to the highest and most inspiring mountains of the world. To this end, Afghanistan, India, Pakistan and Nepal became their second homes as they evolved into the toughest group of Himalayan climbers the world has ever known.

Freedom Climbers is one of the most honoured works of mountaineering history, having been awarded all of the top mountain literature awards:

To date, Freedom Climbers, has been published in eight countries and translated into five languages.

Bernadette’s next book, detailing the triumphs and tragedies of Balkan climbers in the Himalaya during the Cold War, will be published by RMB | Rocky Mountain Books in the Autumn of 2015.

Bernadette McDonald is the founding vice-president of Mountain Culture at the Banff Centre and author of seven books on international mountaineering. McDonald is the winner of numerous awards, including Italy’s ITAS Prize for mountain writing and is a two-time winner of India’s Kekoo Naoroji Award for Mountain Literature. She has also received the Alberta Order of Excellence, the Summit of Excellence Award from the Banff Centre, the King Albert Award for international leadership in the field of mountain culture and environment, and the Queen’s Golden Jubilee Medal. Hailing from Vernon, Bernadette now divides her time between Banff, Alberta and Naramata, BC.

HERE IS A REVIEW OF FREEDOM CLIMBERS BY MARK FORSYTHE, FIRST PUBLISHED IN BC BOOKWORLD

Patriotism, ego and an uncanny capacity for suffering took Polish climbers to the very top of the alpine climbing world in the 1970s and 1980s.

The world’s most celebrated climber, Italian Reinhold Messner, says the Poles’ achievements in the 1980s made them, “Worldwide leaders as igh-altitude climbers, especially in the Himalayas.”

Freedom Climbers by Bernadette McDonald describes how Polish men and women, armed with ice axes, crampons and grit, overcame the most extreme high altitude conditions, making first ascents and forging innovative new routes, often in harsh winter conditions that most would dare not climb in.

The Polish passion for alpine climbing emerged as Poland exchanged the horrors and humiliation of Nazi occupation for Soviet domination, deprivation and martial law.

Poles had climbed in the Himalayas back in the 1930s, but the ravages of the Second World War and life behind the Iron Curtain virtually killed that desire. Climbing was officially frowned upon, “Mountains were a sign of freedom,” McDonald writes, “a concept the Soviets feared above all.”

Eventually political oppression hardened the climbers’ desire to catch up with others on the international scene. Poles formed mountaineering clubs and laboured at menial jobs, such as painting factory smoke stacks, to generate enough money for expeditions into the nearby Tatras and Alps, and eventually the Himalayas.

Freedom Climbers captures how the sheer joy and sense of achievement associated with climbing became an escape from a dreary existence that offered few opportunities for personal advancement.

Some of the Poles became very good smugglers, selling equipment (and sometimes alcohol) during their foreign climbing excursions to acquire coveted foreign currency. Climbers joked about defecting, but few of them did. They were Poles first, who’d figured out how to work the system. For many, climbing became a living.

McDonald profiles many icons of Polish climbing who drew strength from hardship, such as Andrzej Zawada, a leading climber in the 1970s, who colluded with partisans during the Russian “liberation.” He kept a machine gun under his desk at school and grenades by his bed at night. Arrested at age 17, he survived prison— unlike friends who were tortured and executed by the Russian secret service.

In 1973, Andrzej served notice to the climbing world that Poles were prepared to suffer and rewrite the record books. He led a team on a winter ascent of a mountain over 7,000 metres where temperatures plummeted to -35 at night, storms screamed through camps and toes froze. He and Tadek Piotrowski reached the peak of Noshaq, Afghanistan’s highest mountain.

“The wind on my cheeks, and the cold when it was winter, the warmth in the summer, the friction of granite against my fingers,” Andrzej said, “They bring me so much joy.”

Andrzej began to dream of a first-ever winter assault on Everest. In 1980 he fronted a team of 20 that put Leszek Citchy and Krzysztof Wielicki on the summit. Andrzej would inspire many others to test their limits, including Voytek Kurtyka and Jerzy Kukuczka, two of the most innovative of the Himalayan climbers

Wanda Rutkiewicz was also making a name for herself at this time. A slight figure and a lone wolf, often at odds with her climbing partners, she had a willfulness that was forged from tragedy. Wanda’s brother was killed as a child by a grenade explosion; her father was murdered and buried in his garden.

Approximately thirty of her climbing partners and friends were lost over the years. McDonald writes, “Perhaps it was an overexposure to premature and sudden loss of life that prompted her, and other climbers, to ignore their own mortality rather than succumb to trauma. As the deaths multiplied, those who survived began to feel immortal.”

Wanda Rutkiewicz became the first European woman to climb Mount Everest on the same day Polish Cardinal Wojtyla was elected Pope John Paul. Poles were euphoric, and she later presented him with a stone from the Everest summit.
Another Polish team followed by tracing a challenging new route up its peak, and through these successes fellow Poles saw new hope and possibilities. These individual achievements soon had Polish authorities worried. Trouble was brewing with food prices going through the roof in 1980, and Lech Walesa launching the Solidarity trade union movement in the Lenin Shipyards. The hammer came down with the imposition of martial law.

Money for climbers was drying up, so Wanda Rutkiewicz sought private sponsors for future climbs. Her life was now completely focused on climbing (with personal relationships left in the dust). She continued to set more firsts for women, but then took one too many chances.

In 1992, while attempting to climb her ninth peak over eight thousand metres, she disappeared on Kangchenjunga, the world’s third highest peak (elevation of 8,586 m. or 28,169 ft.), located along the India-Nepal border.

Mcdonald’s research is superb, enhanced by years of interviews, and from being part of the mountaineering community. She goes inside group dynamics, dissects various egos, tells of the mysterious Third Man hallucinations that some climbers experience at altitude, and conveys the awe of reaching the top of the world.

For Poles under the Soviets, mountain climbing offered a modicum of control and freedom. “They channelled their unfulfilled hopes and suppressed energies into a passionate love of mountains and adventure… a way to fulfill themselves and create meaningful lives,” McDonald writes.
Of course the age-old questions of why people climb in such conditions lingers like a potential avalanche in these pages, but given what the Polish people had experienced, perhaps the question might be, “Why not?”

A more poetic rationale has been provided by Polish climber Voytek Kurtyka, “Beauty is some kind of laser connection to higher worlds.”
978-1-926855-60-8