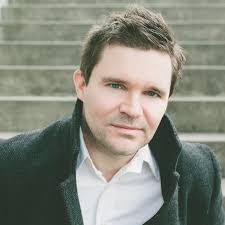 Following on the heels of his historical novel By Gaslight (Penguin, 2016), Steven Price’s Lampedusa: A Novel (Penguin $32) imagines the life of Giuseppe Tomasi (1896 – 1957), a minor Sicilian aristocrat who wrote one novel during his lifetime, The Leopard (1958) published posthumously and considered one of the greatest Italian novels of the 20th century. The last prince of Lampedusa, a small island in the Mediterranean Sea, Tomasi conceived his novel during World War I but didn’t actually begin committing it to paper until after World War II. When The Leopard appeared, it won the Strega Prize, Italy’s most prestigious literary award; and when made into a movie in 1963, it won the Palme d’Or at the Cannes Film Festival. Price himself is no stranger to literary accolades having garnered two poetry awards: the Gerald Lampert Award for Anatomy of Keys (Brick Books, 2006) and ReLit Award for Omens in the Year of the Ox (Brick Books, 2012). By Gaslight was long-listed for the Giller Prize. He and his wife, novelist Esi Edugyan live in Victoria. 978-0-7710-7168-3