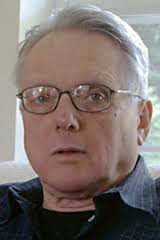 Born in San Francisco in 1934, poet George Stanley grew up in San Francisco where he became associated with the writing circle of Jack Spicer. Stanley came to Canada in 1971 and taught college English for 26 years, mainly in Terrace, before retiring to live in Vancouver. He became a Canadian citizen in 1978 and received the Shelley Memorial Award in 2006. Vancouver: A Poem was nominated for the Dorothy Livesay Poetry Prize in 2009. With an introduction by Sharon Thesen, George Stanley’s new North of California Street: Selected Poems (New Star $21) gathers 53 poems originally published between 1973 and 1999 in various now-out-of-print books. 978-1-55420-082-5