Rambunctious to an extreme 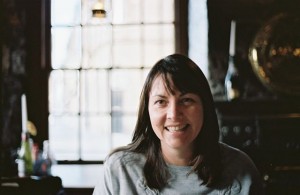 Jackie Bateman commenced her trilogy of thrillers about a suspected serial killer named Oliver with the oddly titled Nondescript Rambunctious (Anvil, 2011). The novel gets its name from a secret club called NondescriptRambunctious.com that is managed by the Scottish suspect.

Bateman has continued to explore “sociopathic depravity” and contemporary society’s desensitization to violence with Savour (Anvil 2014), a second novel that has the predacious Oliver tracking a young woman named Lizzy who has fled to London from Scotland to start her life anew.

Trying to put drugs, crime and the disappearance of her mother behind her, Lizzy is unaware she has become the focus for Oliver’s attention. “She belongs to him now, as he battles with his need to protect her — and the burning desire to take her soul.”

Jackie Bateman was born in England but had a nomadic childhood in Kenya, “with a smattering of Nigeria and Malawi in between.” She came to Vancouver in 2003 and lives on the North Shore with her family. Her first novel Nondescript Rambunctious has been translated into Dutch.