Six in a blizzard 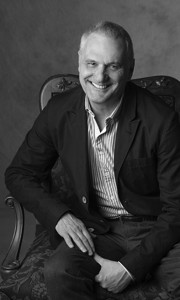 Sextet (Talonbooks $18.95) by Morris Panych has been heralded as “a dark and steamy comedy” that presents the harmonies and dysfunctions of six sexually entangled musicians on an ill-fated winter tour. When a blizzard strands this sextet for an extra night, they have only their instruments, each other, and their secrets to keep them warm. Richard Ouzounian, a longtime reviewer of Canadian theatre, called Sextet “the best script Morris Panych has ever written.” Born in Calgary on June, 30, 1952, Morris Panych grew up mostly in Edmonton. Upon completing his Fine Arts degree at UBC in Creative Writing and Theatre, he spent two years studying acting in London, England, then returned to Vancouver in 1980 where he became artistic director of Tamahnous Theatre. He has since become possibly Canada’s most prolific and successful modern playwright. 9780889229846