A tip of the Panama hat 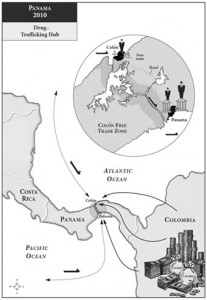 In the Spring isse of B.C. BookWorld there was a page-and-a-half reiview of Canada: A New Tax Haven, the latest book by tax policy analyst Alain Deneault, in which he traces Canada’s relationship with Commonwealth Caribbean nations in the last half of the 20th century, arguing that the involvement of Canadian financiers in establishing and maintaining Caribbean tax havens has predisposed Canada to become a tax haven itself – a metamorphosis well under way. Since then the worldwide scandal about Panama being a tax haven for people around the world, including Putin, has made headlines in every country. In chapter 13, Deneault focuses on Panama and says: “Panama is to tax havens what a department store is to a specialized boutique. Panama is a huge laissez-faire jurisdiction willing to compromise itself in every area of activity…”