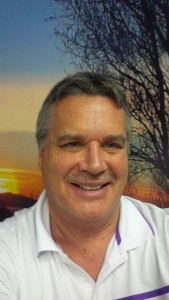 About half of the best books that arrive at B.C. BookWorld these days are essentially self-published.

Given the distance of B.C. from the economic power centre of Toronto, self-publishing has been a necessary and respectable way to produce books for and about B.C. since the 1950s when two major printers–Morriss Printers in Victoria and Mitchell Press in Vancouver–arose as the main conduits for B.C.-authored literature.

Fast forward four decades and the market for B.C. books is changing again. A lot of bookstores have closed and so the established ‘trade’ publishers are struggling valiantly to meet the challenges of producing viable books in a digital age.

Self-publishing is on the rise–again.

To satisfy a growing demand, many of the companies that were once called ‘vanity publishers’ have morphed into more ambiguous undertakings such as “hybrid publishers.” Buyer beware. Many services that purport to print books for authors promise far more than they deliver, taking advantage of the naivete of writers by ostensibly providing marketing services that have minimal impact on the internet.

One of the few operations that doesn’t hoodwink customers with phoney claims beyond design and printing services is Printorium Bookworks in Victoria.

That’s why the Federation of BC Writers is hosting a public address by Printorium head honcho, Craig Shemilt at the Vancouver Public Library, February 27th.

As the keynote speaker for a symposium from 10:30 til 11:30, Shemilt will deliver a speech called Creating Great Books for Self Publishing Authors.

He’ll provide common sensical advice for would-be self-publishers for Writing, Design and Formatting, Printing to Marketing your book. Shemilt has been in the print industry for more than thirty-seven years. He is a partner with two brothers in Island Blue Print Co. and he manages the Printorium Bookworks – the book printing division.

Nowadays there are only so many titles that the gatekeepers for the trade publishing industry in B.C. can accept, so increasingly we are seeing fully viable books being independently produced. Libraries and bookstores have trouble coping with the windfall of self-published titles, so it’s often easier to dismiss the phenomenon in general rather than assessing each title, one at a time.