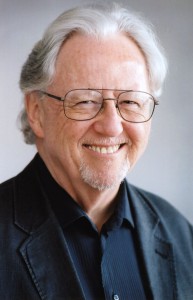 A self-described post-denominational Anglican, and an interfaith-oriented Christian, longtime Vancouverite Donald Grayston retired in 2004 from Simon Fraser University in Vancouver as director of its Institute for the Humanities. He is a past president of the International Thomas Merton Society.

Donald Grayston’s The Camaldoli Correspondence: Thomas Merton and the Noonday Demon (Eugene, Oregon: Cascade Books, $28 U.S. from the publisher), examines the period in Merton’s life when the renowned American philosopher and Roman Catholic monk wanted to leave his abbey of Gethsemani in Kentucky during the mid-1950s in favour of an idealized Italian monastery, Camaldoli, which in fact (something he never learned) was riven by pre-Vatican II intrigue. Ultimately Merton would be forced to accept the relative tranquillity of Gethsemani where he was given his own hermitage in 1965. Donald Grayston examines Merton’s letters and his life during this period in order to gauge its importance as a formative period for the transreligious spiritual teacher and monk as much admired for his writing as his beliefs.

Along with Michael Higgins (Canadian Catholic public intellectual, VP of Sacred Heart University in Fairfield, CT; a future president of the International Thomas Merton Society, Donald Grayston commissioned a book on Thomas Merton written by George Woodcock to coincide with a conference he and Higgins organized at UBC in 1978–the first international conference on Merton.