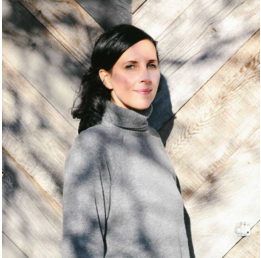 Only seven B.C. writers were shortlisted for major, national literary awards this fall. Only one of these was published from B.C. That was Carleigh Baker’ Bad Endings (Anvil), co-nominated with David Chariandy’s Brother for the $50,000 Rogers Writers Trust Fiction Prize. In this case, one of the three judges was from B.C…

For G.G. Non-Fiction, Sarah de Leeuw was nominated for Where It Hurts (NeWest) For G.G. Poetry, Lorna Crozier was nominated for What The Soul Doesn’t Want (Freehand). For G.G. Drama, Hiro Kanagawa was nominated for Indian Arm (Playwrights Canada). For G.G. Illustrated Children’s Book, Julie Flett was nominated for When We Were Alone (HighWater) with text by David Alexander Robertson. Eleven of the twelve Giller longlisted titles, including Chariandy’s Brother, are from Ontario publishers. The other was from Quebec. Eden Robinson is shortlisted for the Giller Prize, having appeared on the cover of B.C. BookWorld for her novel, Son of a Trickster.

Cree/Metis author and visual artist Julie Flett [pictured] is also a finalist for the $30,000 TD Canadian Children’s Literature Award for her latest book, Black Bear Red Fox: Colours in Cree Board (Garfinkel Publications),  a detailed explanation of how colour words work in Cree from the Cree Literacy Network. Simultaneously, set in the Nicola Valley, Nicola I. Campbell’s A Day with Yayeh (Tradewind 2017), illustrated by Julie Flett, is a picture about a girl who spends a day gathering edibles such as herbs and mushrooms with her grandmother from the world around her.