Mitigating Macdonald; bashing Begbie–when it comes to history, there is an editor in all of us. 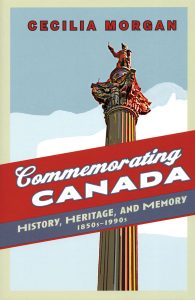 Cecilia Morgan’s Commemorating Canada is a good place to start when examining the role of historical commemoration in Canada. The book is part of the Themes in Canadian History series, published by University of Toronto Press, “designed to open up a subject to the non-specialist reader.”

Morgan took on a monumental (please forgive the pun) task to document the ways Canadians commemorate their history. Starting, appropriately, with a recitation of history by members of the Iroquois Confederacy, Morgan provides examples of historical commemoration from a wide variety of forms of artistic and educational expression. Her inclusion of songs, parades and pageants, and school texts expanded my idea of commemoration.

As well as surveying the various forms of commemoration in Canada since the 1850s, Morgan points out instances of controversy or disagreement over the meaning of commemorations.

For example, of the Vimy Ridge memorial unveiling in 1936, Morgan wonders, “Why was there so little scepticism, even cynicism, expressed in the face of commemorations that focused so relentlessly on the First World War as a noble and worthy sacrifice?” (pp. 90-91).

In this age of re-examining and reassessing some of the historical figures commemorated in Canada — and when American Confederate statues are being toppled — the topic of commemoration is timely.

There have been calls to remove Sir John A. Macdonald’s name from schools in Ontario, and the Langevin Block on Parliament Hill, built in 1889, was recently renamed the Office of the Prime Minister and Privy Council. 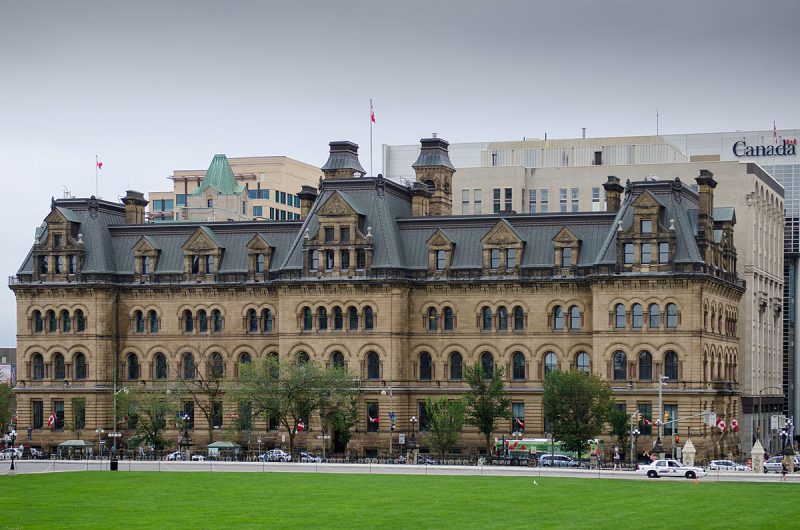 The former Langevin Block in Ottawa has been renamed this year.

Both of these “Fathers of Confederation” were associated with Residential Schools for Indigenous children.

Given that her analysis ends in the 1990s, Morgan necessarily only touches on these more recent political issues and controversies, and in an overview of 150 years of Canadian commemorations it would be impractical to go much deeper.

Morgan also asks critical questions about how Indigenous peoples were, or more likely weren’t, commemorated — while simultaneously their material culture was taken away for private or public museum collections (p. 129). 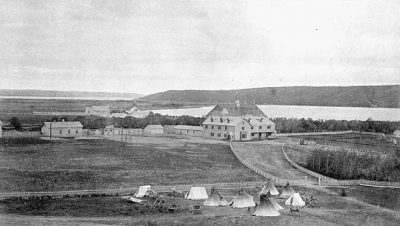 What is commemoration, and how does it differ from historical narrative? Morgan does not distinguish between the two. Commemorating Canada explores “the variety of genres and methods that people have used to establish a relationship with the past.”

While I agree that placing a statue of someone in a public place has usually implied endorsement, or even glorification, I don’t think the distinction between history and commemoration is always clear. Much historical narrative, whether in written or other forms, has been uncritical, while some statuary and other forms of artistic expression are intended to inspire quiet or ironic reflection.[2]

But mainly Morgan is justified in equating commemoration and historical narrative. Both, broadly and ideally, need to ask critical questions about people and events in Canada’s history and include multiple perspectives on the complexities of the past.

Bureaucrat and poet Duncan Campbell Scott, at 50, with Rupert Brooke in Ottawa, 1913. Thomas Fisher Rare Book Library, U. of T.

Ottawa’s Beechwood Cemetery did this in the case of Duncan Campbell Scott. Originally commemorated as “one of the outstanding figures in Canadian poetry,” in 2015 the cemetery unveiled a revised plaque recognizing Scott’s “notorious” career in the Department of Indian Affairs, when he oversaw “the assimilationist Indian Residential School system.”[3]

If public history agencies do not provide a balanced picture of both the contributions and the failures of historic figures, others will step in and remove, edit, or deface the commemoration — or provide their own interpretation.

Early in 2017, for example, a page was pasted anonymously next to the Historic Sites and Monuments Board of Canada’s plaque to Matthew Baillie Begbie in Victoria.

The poster states that “Begbie got the nickname of the ‘Hanging Judge’ by being ruthless in his conviction of ‘Criminals’ … a majority of these ‘Criminals’ were Indigenous.”[4]

Since the the Law Society of B.C. has decided to remove a statue of Begbie–who became fluent in Secwepmc and Tsilhquot’in, supported aboriginal title and opposed settlers’ efforts to displace First Nations–because the statue is offensive to Indigenous peoples. 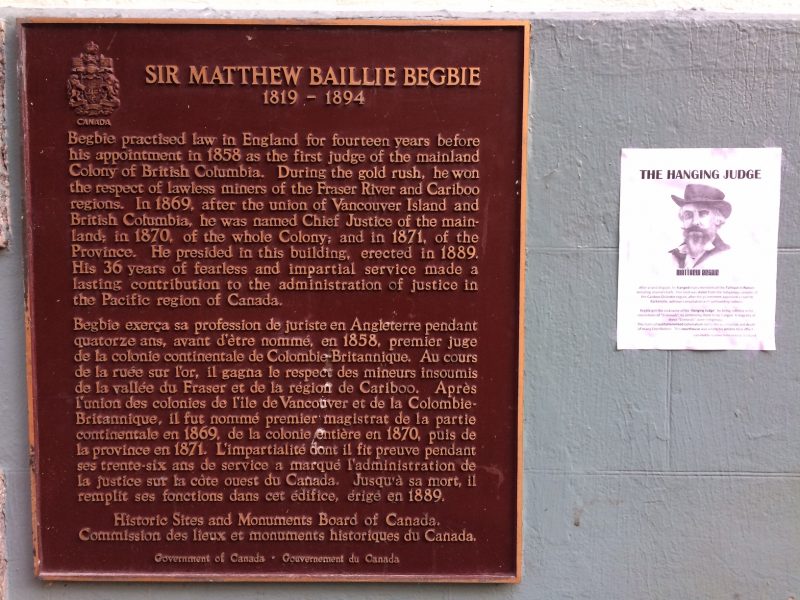 Some institutions, sensing such changes, have taken pre-emptive action to avoid criticism. In April 2017, the Law Society of B.C. announced it would remove a sculpture of Begbie by the Pender Island artist Ralph Sketch from its lobby because, the Vancouver Sun noted, “it’s a colonial symbol that offends natives.”[5]

Not all interventions are so quiet or unobtrusive. In August 2017 a statue of Captain James Cook was defaced by graffiti in Sydney, Australia, with the words “NO PRIDE IN GENOCIDE” and “CHANGE THE DATE” spray-painted over the inscription that Cook “Discovered This Territory 1770.” 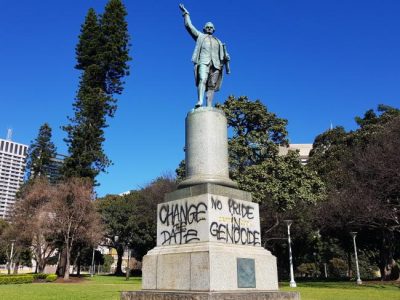 Cook statue in Sydney, one of dozens depicting the explorer worldwide.

The Australian Prime Minister, Malcolm Turnbull, head of the Liberal Party, called it “part of a deeply disturbing and totalitarian campaign to not just challenge our history but to deny it and obliterate it.”[6]

A similar statue of Cook in Victoria’s Inner Harbour, opposite the Empress Hotel, has so far escaped unscathed.

I agree that we need to ask the critical questions and be curious, but we can’t simply create villains out of former heroes. History, and the people who made history, are complex. We need to acknowledge the good and the bad in people, as well as in our country, and refuse to acclaim them uncritically as either heroes or villains.

While Morgan successfully opens up the subject of commemoration to non-specialist readers, the reader should not stop here. Many books, and still more articles, scholarly and popular, tackle this topic. Especially in this year of commemorating 150 years since Canada’s confederation, and in light of the Final Report of the Truth and Reconciliation Commission, Canadians are asking important questions about their history and how it is commemorated.

History will judge us if we don’t. 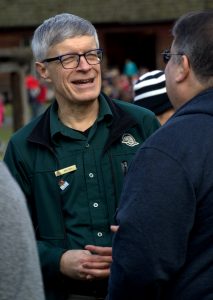 Mike Starr (M.A. Canadian Studies, Trent 1992), retired in 2017 from Parks Canada, where he had spent 24 years as an interpreter, planner, and manager at three different national historic sites, most recently Fort Langley. He now does writing and editing from his home on the Sunshine Coast. Contact him at mike@prose-star.ca

[4] Poster observed and photographed by the author of this review on March 23, 2017.