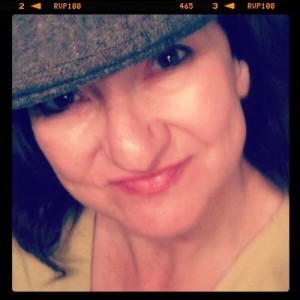 Linda L. Richards has been named as the new publisher and senior editor at Self-Counsel Press, replacing newspaperman Kirk LaPointe who has moved on to become VP Audience and Business Development at Business in Vancouver after his failed attempt to defeat Gregor Robinson for the office of Mayor of Vancouver. A self-starting mystery/crime novelist, Richards has been the publisher and founding editor of on-line January Magazine. Her 14 books of both fiction and non-fiction include The Canadian Business Guide to Using the Internet, published by Self-Counsel in 1995.

Her first novel, Mad Money (MIRA Books, $7.99 2004), was the first in a series of novels featuring Madeline Carter. She’ll release another Rapid Reads novel in April from Orca Books called When Blood Lies. In 2005, Richards published a Hollywood crime novel, The Next Ex: A Madeline Carter Mystery (MIRA Books), in which former stockbroker-turned-daytrader Madeline Carter agrees to teach the indulged wife of an A-list movie producer about the stock market. When said wife turns up dead, Madeline finds herself in the middle of a series of murders while inadvertently opening up a 40-year old cold case. While the first two books in the series take place mainly in Los Angeles, the third book, Calculated Loss (2006; $8.50), about the suspicious death of Madeline Carter’s ex-husband, a chef, has been set in Vancouver.

Linda Richard’s fourth novel, Death was the Other Woman (2008), is a classic noir set in the Depression era of the 1930s, from the perspective of an L.A. private eye’s secretary. The heroine is Kitty Pangborn, an ex-debutante whose father killed himself on the eve of the stock market crash of 1929. His death leaves Kitty in a dire, unfamiliar place: having to make a living for herself for the first time in her life. She finds a job with a hard-drinking gumshoe named Dexter Theroux in a world that is completely new to her. “She is the typical fish out of water, in so many ways,” says Richards. “That’s one of the things readers seem to really relate to in the Kitty Pangborn books,” says Richards. “What does the inside of the 1930s detective office – and that whole world – look like? Most of us don’t know.” Linda L. Richards as a crime novelist, from her website.

In the second Kitty Panghorn novel, Death was in the Picture, the Girl Friday mixes with Hollywood glitz when Kitty’s boss, Dexter Theroux, has been asked to help leading man Laird Wyndham prove his innocence. The actor was the last person to be seen with a young actress who died under very suspicious circumstances, and the star has fallen from the big screen to the big house. “Wyndham’s a dreamboat, but that isn’t the only thing that has Kitty hot under the collar. Dex has already signed a client — one who’s hired him to prove Wyndham’s hands are not as clean as they look.” Death Was in the Picture won the Panik Award for Best Los Angeles-Based Noir ficiton.

With her novel, If It Bleeds (Orca $9.95) Richards entered the Rapid Reads niche. Her new heroine Nicole Charles didn’t attend journalism school to become a gossip columnist, but with jobs scarce she takes on the beat with the Vancouver Post. As Nicole struggles with the stigma attached to her type of journalism, she begins to think she’ll never have a real reporting job. When she discovers the body of an up-and-coming artist in a dark alley–stabbed in the throat with an antique icepick–she finds herself in the middle of the biggest story of the year. Sorta Yaletown meets Trotsky.