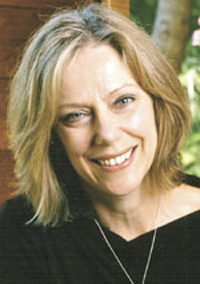 LOCATION: Tobhta nan Craobh, aka the ruins of Mary MacLeod’s house, at Berneray, Hebrides, Scotland. DIRECTIONS. Berneray is attached to the island of North Uist by a cause. Ruins can be found near the base of a silver beach shaped like a lazy ‘S’ on Berneray in the Outer Hebrides. Marilyn Bowering walking to the church at Rodel on the island of Harris in the Hebrides.

The story goes that exiled and silenced seventeeth-century Hebridean poet Mary MacLeod (Màiri nighean Alasdair Ruaidh) was banned from composing any song indoors or outdoors, so she defiantly wrote a song on her threshold instead. Hence Threshold (Leaf Press, 2015) is the name of Marilyn Bowering’s tribute to the revered, rebel poet whose songs are still sung in the Hebrides. Bowering’s poems are spare tributes, evoking Màiri as a sister poet.

Threshold includes an afterword about Bowering’s Hebridean rambles to the islands of Harris (burial places of the MacLeods), Berneray (where Mary MacLeod lived), North Uist and South Uist in 2010, and about her history with Mary MacLeod. Those expecting a travelogue for the Hebrides or a Màiri biography must look elsewhere. Mary MacLeod was born c. 1615 on the island of Harris and died at Dunvegan c. 1707 on the island of Skye. Threshold was the co-winner of the Gwendolyn MacEwan Poetry Competition for Best Suite in 2013. The small book includes five colour and 16 black & white uncaptioned artsy, nature photos by Xan Shian (Bowering’s daughter) who has lived and travelled in Scotland both with her family and on her own.

Marilyn Bowering of Sooke has received many awards for her writing including the Pat Lowther Award, the Dorothy Livesay Prize, the Ethel Wilson Prize and several National Magazine awards. She grew up in Victoria and has lived in the United States, Greece, Scotland, Spain and Canada.

Set on the coast of British Columbia, To All Appearances A Lady is Bowering’s historical novel that predates Paul Yee’s 2015 novel A Superior Man as possibly the first work of fiction from B.C. that features Chinese characters as its main protagonists.

Published seven years later, her second novel Visible Worlds won her the Ethel Wilson Fiction Prize and was shortlisted for the 1999 Orange Prize for Fiction. As a story about two disparate twin brothers who fight on opposite sides of World War II, Visible Worlds spans two World Wars, moving from the streets of Depression era Winnipeg to the polar ice caps of Siberia and into the Napalm-burned forests of Korea. In the middle of a football game, a mysterious light descends from the sky, enveloping the shattered body of an injured player. From that moment on, the world is forever changed. Her third novel Cat’s Pilgrimage is another multi-layered, wide-ranging and sometimes disturbing story, this time about a young heroine named Catherine who seeks her father and finds refuge in a Utopian community in England called Smallwood, seeped in mythology and inhabited by a rag-tag collection of lost souls. She discovers the difficulties of her previous life in a small Vancouver Island town with her mother still require resolution.

Bowering’s follow-up novel, What It Takes to Be Human, owes its setting to the Colquitz Centre for the Criminally Insane, a Saanich facility that operated from 1916 to 1954. From 1971, that location has housed the Vancouver Island Regional Correctional Centre, popularly known as the Wilkinson Road Jail. [See review below.]

Including 45 previously unpublished poems, Bowering’s Human Bodies: Collected Poems 1987-1999 reprints work from her collection about Marilyn Monroe, Anyone Can See I Love You; from her collection about the relationship between George Sand and Fryderyk Chopin, Love As It Is; from Calling All the World, about the launch of Sputnik II; and from Grandfather Was A Soldier, a meditation about death and memory in relation to battles at the Somme and Passchendaele. The volume opens with an appreciation by her publisher and friend Dave Godfrey.

Marilyn Bowering’s Soul Mouth (Exile Editions) explores the story of childhood and the development of observation, sexuality, and spirituality through their connections to the animal world and nature.

EMPLOYMENT OTHER THAN WRITING: Malaspina University-College