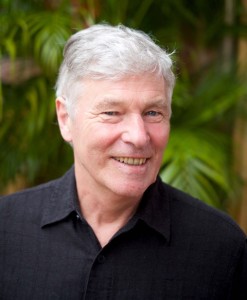 Author Peter Busby launches his book The Life and Art of Jack Akroyd (Mother Tongue $35.95), another in The Unheralded Artists of BC series, at the Burnaby Art Gallery July 2, 7 – 9 pm, in conjunction with the opening of an exhibition of the artist’s works. Jack Akroyd (1921 – 1996), originally from England, developed his signature style of combining surreal images of his daily life with his inner world (he called them visual diaries) over the more than four decades he lived in Vancouver. The city’s art patrons were not overly receptive to Akroyd’s work and he received more attention during his lifetime from buyers in Eastern Canada and Japan, where he capped off his career with three sold-out shows in 1987. Peter Busby’s book not only captures Akroyd’s creative journey but also the cultural times in which he lived. A half century ago, Vancouver wasn’t especially kind to avant-garde artists and Busby describes it as a “defensive, narrow-minded and cheap” provincial backwater. Yet Vancouver provided Akroyd with a supportive group of fellow artists living in the Kitsilano area in the early 1960s including sculptors Paul Huba, Elek Imredy and David Marshall, photographer Jack Dale and painters George Fertig and Frank Molnar. And he did have solo shows at the Vancouver Art Gallery and Burnaby Art Gallery. As Max Wyman, art critic and past arts editor of The Vancouver Sun, notes in the book’s back blurb section, we are left with a glimpse of Jack’s corner of this ‘backwater’ “…and a glimpse, too, of the groundwork that was being laid for the creative powerhouse the city was to become.”

In 1948, Jack Ackroyd immigrated to Canada. His first stop was Toronto where he spent four years at the Ontario College of Art studying under Jock Macdonald, a Canadian pioneer of post-war abstraction (see below for more on Macdonald). After graduation, Akroyd immediately headed for the West Coast making his first home an apartment at 1160 Comox Street in Vancouver’s West End. He made stints out of the city for work – Jasper, Alberta, and Nanaimo and Lantzville, B.C. – before getting a full-time job working in a drafting office for the engineering company Phillips, Barratt & Company.

Akroyd’s early paintings and drawings had shown a leaning towards impressionism. His new work in Vancouver shows a distinct shift to more surreal figurative works and tableaux. He would continue to produce the odd landscape, though, in his earlier style. These tended to sell better.

In 1960, Akroyd made an epic trip to Japan in what he would later call ‘the highlight’ of his life. Busby admits we do not know why Akroyd chose Japan, “…but it is clear he’d done his homework.” Akroyd had a definite itinerary and seemed to know what he wanted to see adds Busby. “He knew about Japonisme, the obsession with Japanese art and culture in the late 19th century, especially in France, where Claude Monet created a Japanese garden at Giverny in order to paint it, and Vincent van Gogh collected woodblock prints and copied scenes from the Ukiyo-e masters Hiroshige and Eisen. When Jack encountered the works of Hokusai and others on his travels, they were already familiar to him.” This was also the time when writers like D. T. Suzuki and Alan Watts were popular with young readers and “Zen Buddhism was in the air,” writes Busby.

Akroyd struggled financially for the rest of his life. He took odd jobs assisting local sculptors (for example, Eleck Imredy’s Girl in a Wet Suit 1972, located on a rock in the waters off Stanley Park), maintaining and repairing school kilns, and casual labour such as work at the Pacific National Exhibition. He managed to sell some works over the next couple of decades thanks in large part to an art lover named Paul Wolf. As co-founder of Artists West (1969 – 1979) in Ottawa, an agent for West Coast works, Wolf was particularly taken with Akroyd’s paintings. Artists West sold more than a hundred pieces for Akroyd.

There were several small art shows in Vancouver in the 1970s but his most important was in 1975 when the Vancouver Art Gallery gave him a solo exhibition. Two years later he was to have an even bigger show at the Burnaby Art Gallery where he sold eighteen works and made $2,000, a considerable sum for Akroyd.

In 1986, two old friends from Japan travelled to Vancouver and met up with Akroyd. One of them, gallery owner Shichiro Sato, visited Akroyd’s studio/home. “I was surprised and impressed at the number of paintings standing against the walls, and thought of taking them all to my gallery back home,” he later wrote. “With his permission I took several pictures, thinking there would be many in Japan who would appreciate his work.”

Sato was correct and got Akroyd three shows. Flush with this success, Akroyd made his second trip to Japan, this one lasting just two weeks. But it was worth it as he sold 58 out of 64 paintings.

Upon returning home, he was not feted for making a name for himself in Japan. In fact he was not to have another major exhibition although Akroyd continued to sell work in Japan and Canada.

In March 1996, Jack Akroyd had a massive heart attack while riding home on the bus from a movie. He was seventy-five years old. More launches and talks for The Life and Art of Jack Akroyd: The Art Gallery of Greater Victoria is currently running the Jock Macdonald exhibition until September 7, 2015.

Before immigrating to Canada, Macdonald attended the Edinburgh College of Art and worked as a designer for a Scottish textile company. He was briefly Head of Design in 1925 for the Lincoln School of Art before being enticed to accept a position at the fledgling Vancouver School of Decorative and Applied Arts (now Emily Carr University of Art + Design). He was initially inspired by the Group of Seven’s work and was friends with Fred Varley and later Lawren Harris when the latter moved to Vancouver in 1940.

By 1934 Macdonald shifted to experimenting with abstracts. Due to the difficulties of making a living in Vancouver at the time, Macdonald took a position teaching in Calgary in 1946. Here he met the artist and architect Maxwell Bates, who became a lifelong friend. Then in the fall of 1947, Macdonald took a position teaching at the Ontario College of Art in Toronto. He continued to teach at the college until the end of his life.

One of his greatest achievements was co-founding Painters Eleven in 1953, abstractionists who represented some of the most advanced art being produced in the country.

Senior Curator-Historical at the VAG, Ian M. Thom writes: “Painters Eleven offered a new focus for modernist ideas in Toronto and was a breath of fresh air compared to the academicism that Macdonald found at [OCA].”