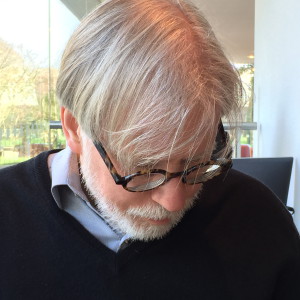 Proof that fiction can be successfully melded with other disciplines to create new art forms, is The Mars Hotel performance at the Fire Hall Performing Arts Centre July 8, 7:00 p.m. and July 10, 9:00 p.m.

The show is a literary/dance/musical collaboration based on author P.W. ’s flash fiction story, The Mars Hotel, which appeared in his first short story collection, Standing at an Angle to My Age (Libros Libertad 2013). The Mars Hotel encompasses in less than a page, and in language as taut as an Emily Dickinson poem, a lover’s journey that begins with his mother and ends when he is united with his beloved at a Paris hotel.

Bridgman, a jazz and dance fan, had seen collaborations between dancer Ziyian Kwan and cellist Peggy Lee and was inspired to ask them to produce a response in dance and music to his flash fiction piece.

Now this new collaboration will be performed by dancers Ziyian Kwan and Noam Gagnon, and the jazz trio Handmade Blade – led by Juno nominee Peggy Lee (cello), together with JP Carter (trumpet and electronics) and Aram Bajakian (electric guitar).

The Mars Hotel is part of this year’s “Dancing on the Edge Festival”. The Mars Hotel and Suitably Framed each placed in Spilling Ink fiction competitions; both appeared in 2011 in the Scottish anthology, Story.Book, published by Unbound Press of Glasgow. (The Mars Hotel was also short-listed for the U.K. Bridport Prize, flash fiction category, in 2010.)

Bridgman released his first short story collection, Standing at an Angle to My Age (Libros Libertad 2013) with promo material stating, “While he is convinced that the short story is both the preeminent literary prose form and his true métier, when pressed Mr. Bridgman will also quietly admit to having begun work on a novel.”

His work has appeared in, among other Canadian publications, Grain, Antigonish Review, New Orphic Review and Pottersfield Portfolio. His story ‘De Mortuis Nil Nisi Bonum’, published in Grain, was a finalist for the Canadian National Magazine Award for Fiction in 1993. ‘Young Love in the Brayburn Road’ received honourable mention in Grain’s postcard story contest in 1995 and ‘Ceann Dubh Dilis’ was awarded first prize in Pottersfield Portfolio’s fiction competition in 1998.

P.W. Bridgman has degrees in psychology and law.