Made in British Columbia 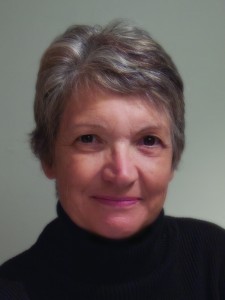 Dr. Maria Tippett will discuss her new book, Made in British Columbia: Eight Ways of Making Culture (Harbour Publishing, $32.95) for Christianne’s Lyceum of Literature and Art’s Meet the Author series.

The event will take place at Christianne’s Lyceum (3696 West 8th Avenue, Vancouver) on Thursday, October 15 from 7:00pm – 10:00pm. Complimentary wine and light fare will be served, and admission is $22 + GST. Books will be for sale at the Lyceum up to and during the event.

Entering its eighth year, the Meet the Author series presents a unique opportunity for readers to interact with authors in a relaxed and open-ended format. Prior to the event, participants read the book and then gather to discuss it with the author over a glass of wine and some delicious snacks.

In Made in British Columbia, Tippett explores the idea that an artist’s work can affect the cultural landscape of a province, the way we see ourselves and the world around us. Within, she profiles eight creative figures who made an enduring mark on Canadian culture during the twentieth century and whose work is intimately interwoven with British Columbia’s identity.

Though her work didn’t receive wide acclaim during her lifetime, Emily Carr’s paintings of BC’s forests colour how we—and the rest of the world—see them today. Francis Rattenbury designed the Empress Hotel and the Victoria Parliament buildings, which brought regional identity and permanence to a developing province, and Arthur Erickson evoked our country’s multicultural sense of self in his buildings that received international acclaim. George Ryga’s play, The Ecstasy of Rita Joe, exposed the anguish and reality of life for First Nations women in BC, and Bill Reid’s iconic artwork changed the way British Columbians think about First Nations art. Jean Coulthard wrote music that reflected the landscape around her and was committed to introducing the work of Canadian composers to the public. Martin Grainger’s novel, Woodsmen of the West, based on his experiences of hand-logging in BC, wasn’t well-received during his lifetime, but has now been accepted into the canon of Canadian literature. George Woodcock’s journal by the same name challenged Central Canada’s dominance over literary activity in Canada, and “virtually created Canadian literature,” as one commentator claimed.

Made in British Columbia presents a history of the treasures found in our galleries, concert halls, theatres, museums, libraries and streetscapes. Featuring images of the artists and their work, the book explores the legacy of a cultural tradition as unique as the place that nurtured it.

Dr. Maria Tippett is the author of several award-winning books of cultural history including Emily Carr, which won the Governor General’s Award for English-language non-fiction in 1979. She has taught in BC at Simon Fraser University, the University of British Columbia and the Emily Carr University of Art + Design; in Ontario at York University; and in England at Cambridge University where she was a Senior Research Fellow at Churchill College and member of the Faculty of History.  She lives on Pender Island, BC.

For more information about this event, please contact Christianne’s Lyceum at 604-733-1356 or lyceum@christiannehayward.com.