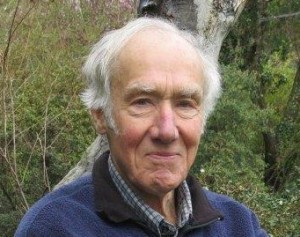 Robert Longe worked in mineral exploration for many years as a geologist, consultant, and chief executive of a junior public company. His own experiences searching for mineral deposits in many parts of the world convinced him that the industry, much of it based in Vancouver, provides enough excitement, unique characters and engrossing situations for an entire genre of novels. His first novel, The Nisselinka Claims (FriessenPress 2015), is his initial contribution.

It’s a 456-page, family saga that spans three generations. In the early years of the 20th century Edward Wickford, a settler in the Bulkley Valley of northern British Columbia, lays claim to a rich vein of copper and gold in the Nisselinka Mountains of central British Columbia. But events outside his control wreak havoc with his plans and dreams of wealth. Two world wars and two generations later, his grandson’s ownership of the same mineral rights is threatened by a hard-driving promoter of a public company listed on the junior mining market. The resulting conflict in a high-stakes treasure hunt run by professionals, but spiced by rogues, propels the story to its climax.