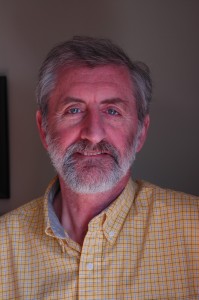 The Mayor’s Arts Awards for the City of Vancouver has accorded Daniel Francis its 2014 Mayor’s Arts Award for Literary Excellence. In 2010, Francis was shortlisted for the Pierre Berton Award for bringing Canadian history to a wider popular audience, but his enormous literary contribution to B.C. and Canada has been largely under-recognized considering his output.

As part of the award, Francis has selected emerging writer Michal Kozlowski to receive civic funds to support his work. Michal is the Assistant Publisher of Geist and author of Louis the Tiger Who Came from the Sea. Dan Francis’ newest book, Closing Time: Prohibition, Rum-Runners, and Border Wars (Douglas and McIntyre $39.95), examines the history of North American prohibition of alcohol from a Canadian perspective, revealing Canada’s role in keeping an apparently dry America supplied with booze and giving context to our own (rather brief) period of teetotalling. The study is complete with more than 200 images—including archival photos, newspaper clippings, and artifacts from the Jazz Age. While he explores the legal and historical context of Prohibition, Francis also compares the past with present-day prohibition of certain recreational drugs. In March of 1918, Canada banned the manufacture and importation of liquor. It was illegal to have a drink anywhere in Canada. For 21 months, social reformists and zealots preaching hell-fire and damnation believed they had won the war on the evils of drink.

Daniel Francis edited the most essential book about his province, the Encyclopedia of British Columbia (Harbour, 2000), having previously worked as an editor for Mel Hurtig’s Encyclopedia of Canada. Accepting the Roderick Haig-Brown Regional Prize for best book about B.C. in 2001, Francis said, “The whole project is based on a conversation Howie [White] and I had over a decade ago. I never had a contract with him; the project was not based on a business relationship, it was based on a friendship, one that miraculously has survived some very tense moments. For most of the project Howie has no outside support. Much of the help was voluntary and it felt at times that we were flying by the seat of our pants. But we both knew that if we waited for the money and set up the committees and consulted all the experts and drew up a flow chart, we’d never get the damn thing done. So instead, we just went ahead and did it. I wouldn’t recommend this as the best way, but it seems to me to be a typically BC way, and it worked.” He later provided a truncated history of the province for young readers.

Francis has also written the definitive biography of Louis Denison Taylor, the newspaperman who served as mayor of Vancouver more times than anyone else, and who built one of the city’s most enduring landmark buildings, the World Tower, now known as the Sun Tower. His biography of Taylor received the City of Vancouver Book Award in 2004. Francis’ first book on the fur trade arose from a contract with the Quebec government. “I spent two years in the archive reading microfilm,” he recalled in 1995. “It was sort of an apprenticeship, and probably why I have to wear glasses now.” That work reflected the changing perception of Natives from abject victims of the fur trade to skilled and active participants in it. Francis’ subsequent books on northern Canada and whaling have become standard resources; Copying People and The Imaginary Indian are valuable contributions to the history and analysis of aboriginal peoples of Canada; plus he has probed the national psyche in his much-praised National Dreams and a social history of Canada. “The myth of the CPR as creator of the country is, in fact, as old as the railway itself, which is not surprising given that it was the railway itself which created the myth. Once the CPR had built the line, it set about promoting its achievement in countless books, pamphlets, stories and movies. ‘The construction of the Canadian Pacific consummated Confederation,’ the company crowed in one of its early publications. The mundane act of constructing a railway was transformed into an heroic narrative of nation building. After a while it was almost impossible to imagine one without applauding the other.”

Married, with two adult children, Francis lived in Ottawa (1971-84) and Montreal (1984-87) before returning to live in B.C. He has his BA from UBC (1969)and his MA in Canadian Studies from Carleton University (1975). He worked as a newspaper reporter for two years before turning fulltime to historical writing and research. He has written six social studies textbooks produced for Ontario, Manitoba and B.C., and several important trade books on Canadian history. He has also been an editor with Geist magazine and has served on the executive of the Writers Union of Canada, the B.C. Federation of Writers, the Vancouver Word on the Street Festival and the West Coast Book Prizes Society. From 1985 to 1987 he was Editorial Director of the Horizon Canada project, an illustrated bilingual popular history of Canada. He has also been a contributor to the Canadian Encyclopedia and a contributing editor to the Junior Encyclopedia of Canada. During his presidency of the Federation of B.C. Writers, he re-established the credibility and viability of the organization.

Daniel Francis was named recipient of an Award of Merit from the Vancouver Historical Society on April, 11, 2010, recognized for “his significant contributions to the history of Vancouver and British Columbia through his prolific writing.” The award was presented at the society’s annual Incorporation Day Luncheon celebrating the creation of the City of Vancouver, April 6, 1886. Francis was the keynote speaker at the event, discussing his book LD: Mayor Louis Taylor and the Rise of Vancouver.

Between 1880 and the 1930s, the big railway companies, and the federal and provincial governments launched three aggressive campaigns to “sell” Canada at home and abroad. Dan Francis’ Selling Canada: Three Propaganda Campaigns that Shaped the Nation recalls, with extensive illustrations, how the national government mounted propaganda campaigns to convince European immigrants to populate the prairies, to encourage young Canadian men to enlist in World War I and to attract tourists to visit Canada’s awe-inspiring natural wonders with the completion of the CPR line in 1885. It was re-released in a paperback version as Selling Canada: Immigrants, soldiers,
tourists, and the building of our nation (2012). Francis reveals how these three propaganda campaigns transformed the way Canadians and outsiders thought about Canada, inadvertently providing the raw material for nationhood in the process.

Dan Francis’ Trucking in British Columbia (Harbour 2012) was shortlisted for the Bill Duthie Booksellers’ Choice Award presented to the originating publisher and author(s) of the best book in terms of public appeal, initiative, design, production and content.