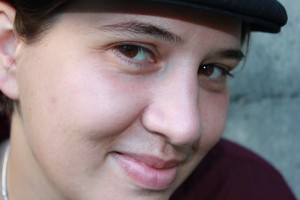 Alex Leslie’s The things I heard about you (Nightwood $18.95) has been awarded the $4, cheapest 000 Dayne Ogilvie Prize presented to an emerging Canadian writer from the LGBT community who demonstrates great promise through a body of work of exceptional quality. It was described by CBC Books as “a love song to the coast of British Columbia and its people.” The unpublished manuscript was also shortlisted for the 2014 Robert Kroetsch award for innovative poetry. Alex Leslie previously published a collection of stories, People Who Disappear (Freehand, 2012), shortlisted for a 2013 Lambda Award and a 2013 Relit Award, and a chapbook of microfictions, 20 Objects for the New World (Freehand, 2011). Leslie’s writing also won a Gold National Magazine Award for personal journalism and a CBC Literary Award for fiction. Alex Leslie has taught fiction in Langara University’s Continuing Studies program and has run writing workshops for the street newspaper, Megaphone, in the Downtown Eastside. 978-0-88971-305-5