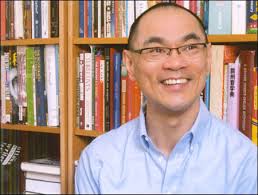 Held in Paris last year, the Gourmand Cookbook Awards is an international event that was staged this year in Yangtai, the most northern major city in China.

So when B.C. publisher Michael Katz learned his Tradewind title Chinese Fairy Tale Feasts—A Literary Cookbook had won three Gourmand awards, he had a good problem on his hands.

Who could accept the prizes on behalf of co-authors Paul Yee (texts), Judy Chan (recipes) and Shaoli Wang (illustrations)? Through a professor at UBC, he managed to hook up with an agreeable English teacher at Yangtai University, Peggy Macdonald from Nova Scotia, who happily accepted the task of attending the banquet. Veteran author Paul Yee of Toronto [top right] provided original stories as well as his interpretations of Chinese folklore. Each story is followed by a recipe for a traditional Chinese dish.

Born in China, Shaoli Wang graduated from the Department of Fines Arts of Qingdao Normal College, specializing in children’s book illustration. She immigrated to Canada in 1995 and now lives in Coquitlam.