The train of mourning 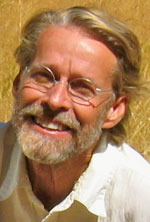 Hank Schachte’s The Train (Ad Hoc 2015) is a self-published novella about a man writing the eulogy for his father as he travels on a train. His father had died mere days earlier on the same train. This story about the loss of a parent is a common experience, and yet there are few novels of this nature. In this case, the protagonist relives his relationship with his father, their casual estrangement and the finality of death. The mourning process brings the father back to life as a literary figure. Someone similarly, Schachte’s Killing Time (New Star, 2006) follows a man who, after a car accident, loses both his memory and his ability to form new memories. He is living with a couple who are looking after him, but he can’t fathom the nature of their triad. As the plot unravels and his short-term memory slowly returns, the reader remains one step ahead of the character in realizing his past identity as well as what the future holds in store. Schachte is also the author of a pocket-sized travel advisory about maintaining fitness, Vagabond Fitness: A Field Manual for Travelers (Orca, 1995). He lives on Saturna Island in a cabin he built himself, and he flies his own airplane. 978-0-9939869-0-1