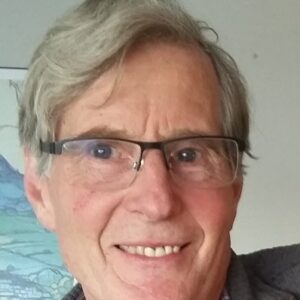 From 1962 to 1968, Richard de Candole attended the St. John’s Cathedral Boys School of Selkirk, Manitoba (no longer in operation), which he writes about in his memoir Toughest School in North America (ennui press $20). The school operated on the philosophy that boys should be pushed to their breaking points in order to build character. School programs included long canoe trips that were usually two-week excursions covering over 300 miles; and sometimes longer–up to 900 miles. There were also long snowshoeing treks in the winter. In 1974, a National Film Board show described the educational institution as “the most demanding school in North America.” De Candole writes that his book “brings to life the hardships, dangers, and raw beauty” he experienced at St. John’s where he “learned the hard lessons of life.” Over St. John’s 50 years of operation, some children died during the outdoor excursions including a boy on a 1970 snowshoeing expedition. The school closed in the early 1990s shortly after a canoeing disaster when 13 people died of hypothermia. Richard de Candole now lives in Qualicum Beach and has been working in BC and Alberta as a reporter and editor for over 40 years. 979-8449758873