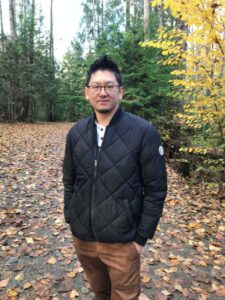 Tamel Wino writes in the style of dark fiction and focuses on the degeneration of sanity and morality. His recent title, Dusk Upon Elysium (self-published $12.99) taps into the social ravages of pandemics. In a world that has been devastated by a deadly virus, a harsh authoritarian regime has taken over. People are tightly controlled and confined to isolated units where they don’t get enough food and lead dreary lives. In this new world, the protagonist, Geoff is working on a regulated, virtual-reality program that allows its users a temporary escape from their desperate situations. Called “Paradiso,” the program helps people dream about new worlds of possibilities and perhaps give them hope. But Geoff gets too caught up in Paradiso’s alternate realities and begins to wonder if its all an illusion and if there can ever be real salvation. 978-1777408879