Tom Wayman, contributor/editor of "Going for Coffee: Poetry on the Job" and thirty other titles, has been selected for the George Woodcock Lifetime Achievement Award. 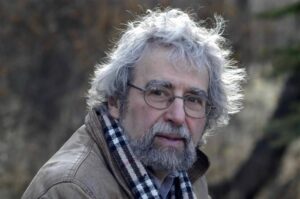 Tom Wayman has been praised for capturing the rhythms, trials and miracles of the workplace.

Wayman helped bring into being a new movement of “work poetry” in North America, and was a co-founder and prominent member of the Vancouver Industrial Writers’ Union that staged many readings in the 1980s.

After Tom Wayman emerged with his poetry collections Waiting for Wayman (1973), For and Against the Moon (1974), and Money and Rain (1975), as well as the “work poems” anthologies A Government Job at Last (1976) and Going for Coffee (1981), followed by Inside Job: Essays on the New Work Writing (1983), he became the most widely-known exponent of literature about daily work — work in terms of both blue and white-collar labour, paid and unpaid. He became a co-founder and prominent member of the Vancouver Industrial Writers’ Union (1979-1993), a group that staged many readings throughout the 1980s at La Quena Coffee House located at 1111 Commercial Drive in East Vancouver.

The venerable poet and editor Gary Geddes, who himself grew up on Commercial Drive, once wrote, “Only Philip Levine, and he not so consistently, writes as well as Wayman about work, particularly the rhythms and trials and miracles of the work-place.”

Tom Wayman was born in Hawkesbury, Ontario in 1945, but after 1952 grew up in Prince Rupert and Vancouver and has spent most of his life in British Columbia. He studied at UBC and the University of California at Irvine, where he received an MFA in creative writing. Subsequently, he worked at a number of jobs, both blue and white-collar, across Canada and the U.S., and helped bring into being a new movement of “work poetry” in these countries. The ethos of this literary movement can be simply defined as “the deliberate incorporation of the conditions and effects of daily employment into literary writing.” 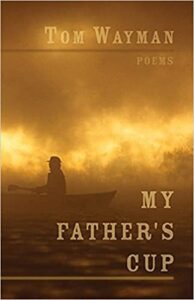 Wayman’s critical essays, collected in the volumes Inside Job: Essays on the New Work Writing (1983), A Country Not Considered: Canada, Culture, Work (1993) and Songs Without Price: The Music of Poetry in a Discordant World (2008) have considered the social, political and artistic implications of work-based literature.

He has been awarded the Canadian Authors Association medal for poetry, the A.J.M. Smith Prize for distinguished achievement in Canadian poetry and first prize in the USA Bicentennial Poetry Awards competition. He taught for many years in the B.C. community college system, and was co-founder of two alternative B.C. post-secondary creative writing schools: the Vancouver Centre of the Kootenay School of Writing (1984-87) and the writing department of Nelson’s Kootenay School of the Arts (1991-2002). He holds Associate Professor Emeritus of English status from the University of Calgary, where he taught 2002-2010. In 2007 he was the Fulbright Visiting Chair in Creative Writing at Arizona State University, and the same year served as the Ralph Gustafson Chair of Poetry at Malaspina University-College. 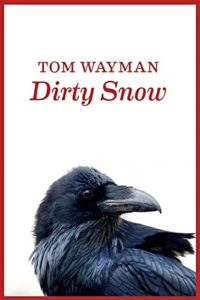 Wayman’s 2002 poetry collection, My Father’s Cup (Harbour), was shortlisted for the Governor General’s Literary Award for poetry. His eighteenth collection of poems, Dirty Snow (Harbour, 2012), which unflinchingly considers the impact of the Afghan War — its absence and presence in Canadians’ everyday lives as citizens of a nation at war — won the 2013 Acorn-Plantos Award for People’s Poetry.

In 2014, two selected poems of Wayman’s appeared: The Order in Which We Do Things: The Poetry of Tom Wayman (Wilfrid Laurier University Press), selected and with an introduction by Owen Percy, and Built to Take It: Selected Poems 1996-2013 (Spokane, WA: Lynx House Press, 2014). In 2007, a collection of Wayman’s short fiction, Boundary Country (Thistledown, and Eastern Washington University Press), and a collection of four novellas, A Vain Thing (Turnstone), appeared. Boundary Country was shortlisted for the Writers’ Union of Canada Danuta Gleed Literary Award. Helpless Angels: A Book of Music (Thistledown, 2017) was shortlisted for the Lohn Foundation Prize for Poetry (Western Canada Jewish Book Awards).

Half the stories in Boundary Country are set in the B.C. southern Interior, and in 2015 Wayman published a second collection of short fiction entirely set in the Slocan Valley of southeastern B.C., The Shadows We Mistake For Love (Douglas & McIntyre). Tom Wayman observes and celebrates how music is integral to modern lives with Helpless Angels: A Book of Music (Thistledown, 2017). In particular he examines how “the ubiquitousness of widespread personal access to music performed by others that began in the 1950s” has continued to expand.

Wayman’s first novel Woodstock Rising (Dundurn, 2009) chronicles the apogee and collapse of the radical student movement in 1969-70 against a sub-plot in which some members of the counter-culture in Laguna Beach, California — including a Canadian graduate student — break into a mothballed missile silo to commandeer a rocket with which to launch a satellite in honor of the recent Woodstock music festival.

Tom Wayman now chiefly resides at “Appledore,” his property at Winlaw, in the Selkirk Mountains of B.C.’s West Kootenay district, from where he has served as a director for the Calgary Spoken Word Festival, Nelson’s Kootenay Literary Society and the Elephant Mountain Literary Festival. 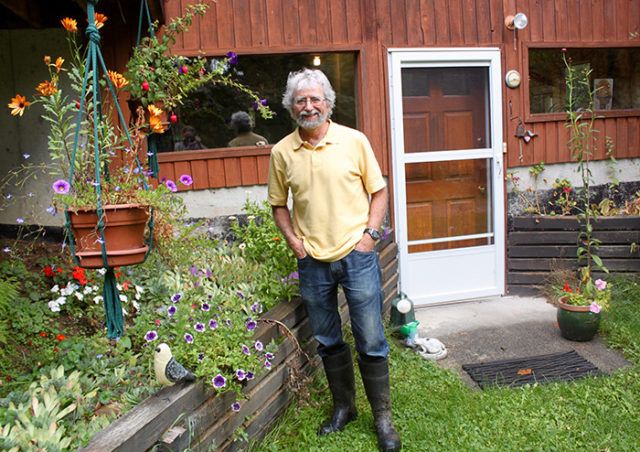 Inside Job: Essays on the New Work Writing (1983)
A Country Not Considered: Canada, Culture, Work (1993)
Songs Without Price: The Music of Poetry in a Discordant World (2008) 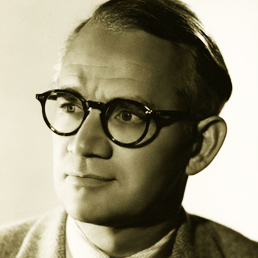 George Woodcock (1912-1995) has been variously described as “quite possibly the most civilized man in Canada,” “Canada’s Tolstoy,” “by far Canada’s most prolific writer,” “a regional, national and international treasure” and “a kind of John Stuart Mill of dedication to intellectual excellence and the cause of human liberty.” His unrivaled productivity as British Columbia’s foremost man of letters was achieved in concert with consistent political ideals and humanitarian actions ever since he and Ingeborg Woodcock arrived in B.C. to build a cabin in 1949.

Co-sponsored by Writers Trust of Canada, Yosef Wosk, Vancouver Public Library and Pacific BookWorld News Society, the George Woodcock Lifetime Achievement Award honours an outstanding literary career in British Columbia. Conceived and managed by Alan Twigg since its inception, the prestigious award has been presented to a wide variety of authors that includes Alice Munro, W.P. Kinsella, Chuck Davis, David Suzuki, Peter Trower, Jane Rule, Eric Nicol, Anne Cameron, Jeannette Armstrong, Joy Kogawa and Wayson Choy. In addition to receiving $5,000, the recipient has a plaque of B.C. marble added to the Vancouver Public Library’s Woodcock Walk of Fame and the Mayor of Vancouver issues a Proclamation to honour the recipient.

2 Responses to “Going for Wayman”