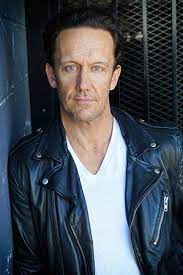 Disgraced ex-policewoman now working as a fitness instructor and struggling with PTSD, Sloane Donovan finds the dead body of one of her close friends in J.T. Siemens’ (at right) debut thriller To Those Who Killed Me (NeWest $21.95) due out in April.

When the police begin their investigations, Donovan doesn’t buy into their official narrative of the events surrounding her friend’s death and starts to believe something more nefarious is underway. Donovan teams up with a private investigator to find the real killer, setting off on a search that takes them from Vancouver’s wealthy neighbourhoods to its darkest street corners. The two sleuths end up questioning millionaires, tennis instructors, sex workers and former police colleagues.

Siemens says this crime thriller is the first in a planned Sloane Donovan series and was inspired by a real life murder that happened years ago outside his workplace. Like his protagonist, Siemens also worked as a personal trainer. He studied screenwriting at Capilano University and creative writing at UBC and SFU.

As an unpublished manuscript in 2016, To Those Who Killed Me was nominated for the Arthur Ellis Unhanged Award. Siemens’ other short fiction has appeared in Mystery Weekly, Down in the Dirt, and CC&D. 9781774390436