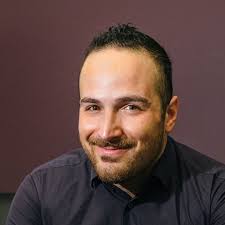 God in Pink, the debut novel by Hasan Namir, won the Lambda Literary Award in the category of best gay novel at an awards ceremony in New York on June 6, 2016. Previously it was named to the “Globe 100” list of the best books of 2015 by The Globe and Mail. God in Pink (Arsenal Pulp $17.95) is about Ramy, a young Iraqi boy who is gay. Ramy struggles to find a balance between his sexual yearnings and his culture. Having lost his parents, he lives with his strict brother and sister-in-law, who pressure Ramy to marry. Eventually Ramy turns to Ammar, a sheikh at a local mosque. A searing exploration of the world of gay Muslims in Iraq, the book contains graphic depictions of violence juxtaposed against serene moments of beauty. Born in Iraq in 1987, Hasan Namir of Vancouver came to Canada at a young age and holds a BA in English from Simon Fraser University. 978-1-55152-607-2