From the Somme to Shaughnessey 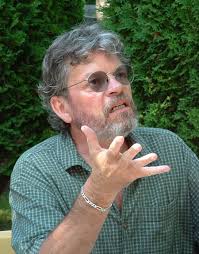 Books will be available for sale from Book Warehouse.

It took another ten years since his previous novel before Gray’s West Coast novel The White Angel (D&M $29.95), set in the 1920s, would appear from B.C.’s largest publishing imprint, with a boost from one of Vancouver’s two most successful, contemporary novelists, William Gibson, who wrote: “John MacLachlan Gray’s mordant noir immerses the reader in a brilliantly detailed historical dystopia, scarcely less than a century in our past. The militant politics of whiteness, politicized murder, and a cast of characters who are purely, wonderfully Gray.”

The White Angel, aptly described as simply ‘a mystery,’ benefited from the publications of two excellent non-fiction titles on the same subject, both doing considerable spadework to outline the framework for B.C.’s most infamous unsolved murder. Gray cited Ed Starkin’s Who Killed Janet Smith? but not Betty O’Keefe and Ian Macdonald’s Canadian Holy War: A Story of Class, Tongs, Murder and Bigotry.

In July of 1924, Janet Smith, an otherwise ordinary Scottish nanny who was employed in a Shaughnessey mansion, was found dead by a Chinese Canadian ‘houseboy’ who was soon targeted as a murder suspect by the racist police force. There was a public outcry and much skulduggery involving the police. Some of the elite in Shaughnessey had links to drugs and the KKK and bootlegging. Nobody was ever convicted of any crime, but Vancouver’s veneer of Victorian innocense was seriously eroded. John Gray’s ability to reveal that same process on military terrain during World War One was at the heart of his success for the musical, Billy Bishop Goes To War, co-created with Eric Peterson. An argument could be made that with The White Angel, John MacLachlan has brilliantly and shrewdly returned to similar subject matter on a domestic stage.