From Manchuria to Vancouver 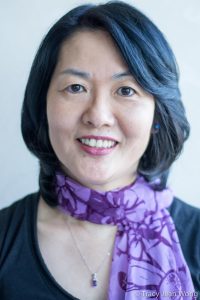 Julia Lin’s biograhy, Shadows of the Crimson Sun: One Man’s Life in Manchuria, Taiwan, and North America (Mawenzie House $24.95), outlines the little-known histories of Manchukuo and Taiwanese immigration to North America. She describes how fourteen-year-old Akihisa Takayama escapes with his family to their ancestral Taiwan after the Russian invasion of the Japanese puppet state of Manchuria (Manchukuo) in 1945. To withstand the brutal Chinese dictatorship of the Kuomintang, the protagonist reinvents himself in the 1960s as a physician named Charles Yang. First escaping to the United States, Yang then takes his family to Vancouver where they are the first Taiwanese Canadians. Lin has a graduate degree in Immunology from University of Toronto and a post-graduate degree in computing education from UBC. Lin is a Taiwanese-born Vancouverite who teaches high school math, science and computing science. 978-1-988449-17-3