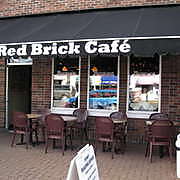 Given that Sidney is a hotbed for both writing and bookselling, with more bookstores per capita than most other towns in B.C., the Sidney & Peninsula Literary Festival is a natural fit.

No need to parachute stars from afar; this festival is self-assuredly homegrown.

Youth workshops on Friday afternoon will lead to author presentations on Friday evening at North Saanich Middle School. Saturday will feature workshops and authors’ readings at the Sidney Pier Hotel on the waterfront, climaxed by a gala evening at the Mary Winspear Centre. The festival wraps up on Sunday with a brunch with the authors at the Pier Hotel.

To get the ball rolling, there’s a series of readings this year as fundraisers at the Red Brick Café. The first was a sellout in February featuring local Order of Canada poets Lorna Crozier and Patrick Lane for 80 people. The future events will be held April 2nd, June 5th and September 11th, at 7 p.m. The next gathering on April 2 will feature novelist and short story writer M.A.C. (Marion) Farrant and veteran journalist and non-fiction author Stephen Hume.

The venerable Red Brick Readings were originated in 2000 organized by a community/business committee that was led by Cliff McNeil-Smith, owner of Tanner’s Books. When a grassroots committee decided to organize the first Sidney Literary Festival in 2013, they restarted the Red Brick Readings as a fundraiser for their Festival. The series name is derived from the venue: the Red Brick Cafe at 2423 Beacon in Sidney. With more than a dozen books, Farrant, also a playwright, recently won the City of Victoria Book Prize for The World Afloat, her first major literary prize. He has taught writing at the University of Victoria.

Farrant’s work had been nominated for many awards including The Butler Prize, the Commonwealth Writers Prize, the Ethel Wilson Fiction Prize, the VanCity Book Prize, the National Magazine Awards, the Gemini Awards and two Jessie Richardson Theatre Awards for her play My Turquoise Years.

Born in Sydney, Australia, and now living in North Saanich, M.A.C. Farrant is the author of mostly satirical and philosophical short fiction, as well as a book of essays/humour, The Secret Lives of Litterbugs, and the stage adaptation of her memoir, My Turquoise Years, which premiered in 2013 at the Arts Club Theatre’s Granville Island Stage in Vancouver.

Her stories have been described as absurdist skewerings of family life.

More widely known as a journalist and feature writer for The Vancouver Sun, Hume has received a wide range of significant literary awards. He teaches writing at the University of Victoria and at Vancouver Island University. Stephen Hume was born in Blackpool, England and emigrated with his parents. He was raised in fishing, farming and logging communities across Alberta and BC and studied at the University of Victoria. A journalist for over 35 years, Hume was editor-in-chief at the Edmonton Journal before moving to BC. “What Hume has forgotten about this province is more than most journalists will ever know,” wrote fellow B.C. author and journalist Terry Glavin.

Based on an award-winning series called ‘Frontier Women of BC’, he also published a compendium called Raincoast Chronicles 20: Lilies and Fireweed. Subjects include the first European woman in B.C., Frances Barkley, who twice circumnavigated the globe, and Maria Pollard Grant, who became the first woman elected to public office in B.C. in 1895.

Hume was also one of the co-authors of A Stain Upon the Sea: West Coast Salmon Farming, a critique of fish farming practices that received the 2005 Roderick Haig-Brown Prize.

Stephen Hume’s well-illustrated tribute to the life and achievements of the blunt and tenacious Vermont-born explorer Simon Fraser, Simon Fraser: In Search of Modern British Columbia (Harbour $36.95), arose from his series of articles in The Vancouver Sun. It received the Roderick Haig-Brown Regional Prize for best book about British Columbia in 2009.

Tickets to hear Hume and Farrant are available from Tanner’s Books in Sidney and Munro’s Books in Victoria. Or visit the festival’s website.