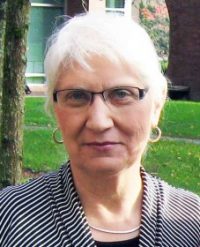 Dora Dueck has published All That Belongs (Turnstone $19) about a retired archivist who turns her attention to the difficult stories in her own family including a problematic uncle and a troubled brother. Dueck combines prosaic detail – for example, the archivist’s uncle was nicknamed ‘Uncle Must’ but his real name was Gerhard, that he came from Russia and his English name was George — with a poet’s turn of phrase such as when describing a woman wearing a caftan saying goodbye to the archivist, “the hem of her dress undulating around her legs like a wave goodbye.” Publicity for the book describes it as, “an elegant and moving portrayal of ephemeral histories and the startling consequences of familial ties, silences, and shame.” Dueck’s previous novel, This Hidden Thing, won the 2010 McNally Robinson Book of the Year Award, and was shortlisted for the Margaret Laurence Award for Fiction, and What You Get At Home (Turnstone Press, 2012) won the High Plains Award for Short Stories. Dueck’s novella, Mask, was also the winning entry for the 2014 Malahat Review novella contest. She grew up in a Mennonite community in Alberta, lived for many years in Winnipeg, and eventually moved to Delta. 978-0-8880-1681-2