A pilot for a highwayman 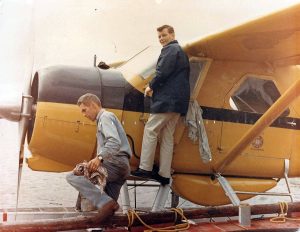 Captain Lorne Christensen has published his memoir, Tides Turbulence and Tailwinds: The Life and Times of Captain Lorne Christensen (TellWell 2019). Lorne Christensen worked as a commercial pilot in B.C. starting in the 1960s. One of his early passengers was the Honourable Phil Gaglardi, B.C.’s minister of highways. For 50 years Christensen participated in the development of Canada’s flying industry and flew aircraft that included: DC3, DC4, C46, FH227, L188 (Electra), and Boeing 737. He made his last flight on the B737 at the age of 73 in 2010. 978-0-2288-1510-5