F is for Fisher 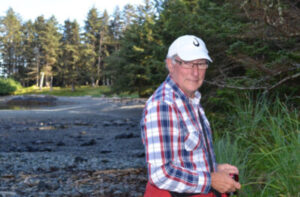 Having worked for many years on a biography of pioneering anthropologist Wilson Duff (1925 – 1976), Robin Fisher has now published Wilson Duff: Coming Back, a Life (Harbour $39.95). Born in Vancouver, Duff lived through the Depression and WW2. He worked as the B.C. Provincial Museum’s provincial anthropologist from 1950 to 1965 and then at the University of British Columbia where he helped shape a fundamentally new understanding of Indigenous cultures for both Canada and British Columbia. In tracing the story of Wilson Duff, Fisher covers the evolution of anthropological studies as well as Vancouver during the Great Depression and war years. Fisher is a historian, studying in particular Indigenous-European relations in B.C. One of his most-read titles is Contact and Conflict (UBC Press, 1992). 9781550179750