M is for McArthur 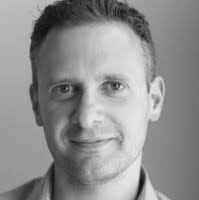 Victoria-based David McArthur, a graphic designer and creative writer started the What Does series of children’s picture books after playing a simple game with his son as he was driving him to daycare. His son enjoyed the game so much that McArthur wrote it down and read it to him again that evening. His son’s reaction inspired McArthur to turn the game into a book – initially just for his son. A friend saw the book and suggested McArthur get it published. McArthur took the advice and in 2021, the fourth book in the series, What Does a Caterpillar Do? (Orca, 2020) won a silver medal in the best preschool picture book category from Readers’ Favourite, one of the largest English book review and award contest websites. McArthur’s book was chosen from thousands of contestants from over a dozen countries. Now McArthur has released the fifth title in the series, What Does a Beaver Do? (Self-published, $9.99). 979-8763416923