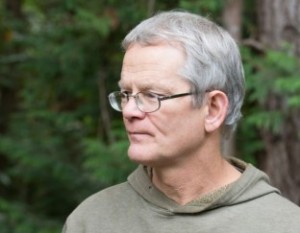 Now you see it, now you don’t.

In 2016, Grant Buday was announced as the winner of Mona Fertig’s 3rd annual Great BC Novel Contest for a manuscript called Atomic Road only to have the award strangely revoked by Fertig “because of a dispute over appropriate authorship attribution.”

The 3rd Great BC Novel Contest had 56 manuscript submissions and three finalists were announced November 24, 2015. Buday was announced as the winner back on March 4th. No replacement winner will be announced.

Nope, we don’t understand it either.

The West Coast literary scene is getting more mysterious all the time. Steven Galloway has been turfed from his job of UBC Creative Writing Department and somehow the details around that ouster have been kept hush-hush. Obviously the university has some pretty strong evidence to justify the firing, so why is the public not allowed to know what the heck was going on out there? Isn’t UBC a publicly funded institution?

Nope, we don’t undestand it either. What we do know is that Grant Buday is very good writer–actually a helluva lot more interesting than Galloway, if you want an unsolicitied opinion–and the rift between Fertig and Buday requires a better explanation.

Meanwhile Mona Fertig, who has put her heart and soul into her under-funded Saltspring Island publishing company, Mother Tongue, was recently recognized with a Literary Landmark in Vancouver where she started the Literary Storefront back in the Seventies. The Literary Landmark placards around the city are a joint project between Vancouver Public Library and B.C. BookWorld. Plans are now afoot to do much the same in Victoria.