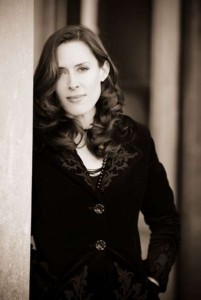 Set in present-day Dawson City, Elle Wild’s debut novel, Strange Things Done (Dundurn $18.99), won the Arthur Ellis Award in 2015 for Best Unpublished First Crime Novel. It’s a thriller in which a newly-arrived journalist named Jo Silver investigates the dubious suicide of a local Yukon politician only to become the prime suspect in an RCMP investigation. “Dawson is way up north,” she writes, “near Alaska, so as you can imagine, winter is very intense. Then the Top of the World Highway to Alaska closes and the Yukon River freezes (“freeze-up”), in effect cutting Dawson off from the rest of the world. There’s only one major artery out: the Klondike Highway, which often snows over. This is why the population drops from roughly 60,000 people in the summer to just over a thousand before freeze-up hits, which is when most people leave. When I lived in Dawson, I remember thinking, ‘What if something terrible happened in Dawson in the dead of winter – how would people get out? How would they feel? How would relationships be altered?'”